The brief for the 7th store of the world-renowned haute-parfumerie chain was to design a cutting- edge space in keeping with the surrounding premises.

The store is located in an artificial public square inside the mall Mega, one of the largest in the Baltic States, in the city of Kaunas.

The suburban mall features controversial design features, such as huge shark tanks, and various quasi-mystical inscriptions and symbols. The task of the architects at INBLUM was to seamlessly merge the new space with the aggressive commercial environment of the mall, while retaining the identity of Crème de la Crème.

After extensive discussions, the theme of a space station was chosen, reflecting the joint team's fascination with the achievements of the human mind and will, as well as with the aesthetics of modern scientific equipment.

The brief also included the requirement of the customer to install industrial-grade patented fume extractors as a practical feature to remove excess scent. Once installed, the monstrous hoods are reminiscent of a space station lab and serve as attention grabbing objects.

The boldly-coloured scenting cabins are unmissable, at the same time serving the function of a display for the brands presented on laboratory-esque tabletops.

A thin line is drawn between illusion and reality by allowing the eye of the wandering observer to colour the surgically precise steel walls through the vivid shades of the transparent superthick Plexiglass.

The lesser known Emeco brushed aluminium stools 20-06 by Norman Foster coordinate with the walls and invite the customer to spend more time while selecting the scents.

The seating area at the back of the store further enhances the science fiction look, by employing futuristic Tom Dixon Pivot arm chairs. 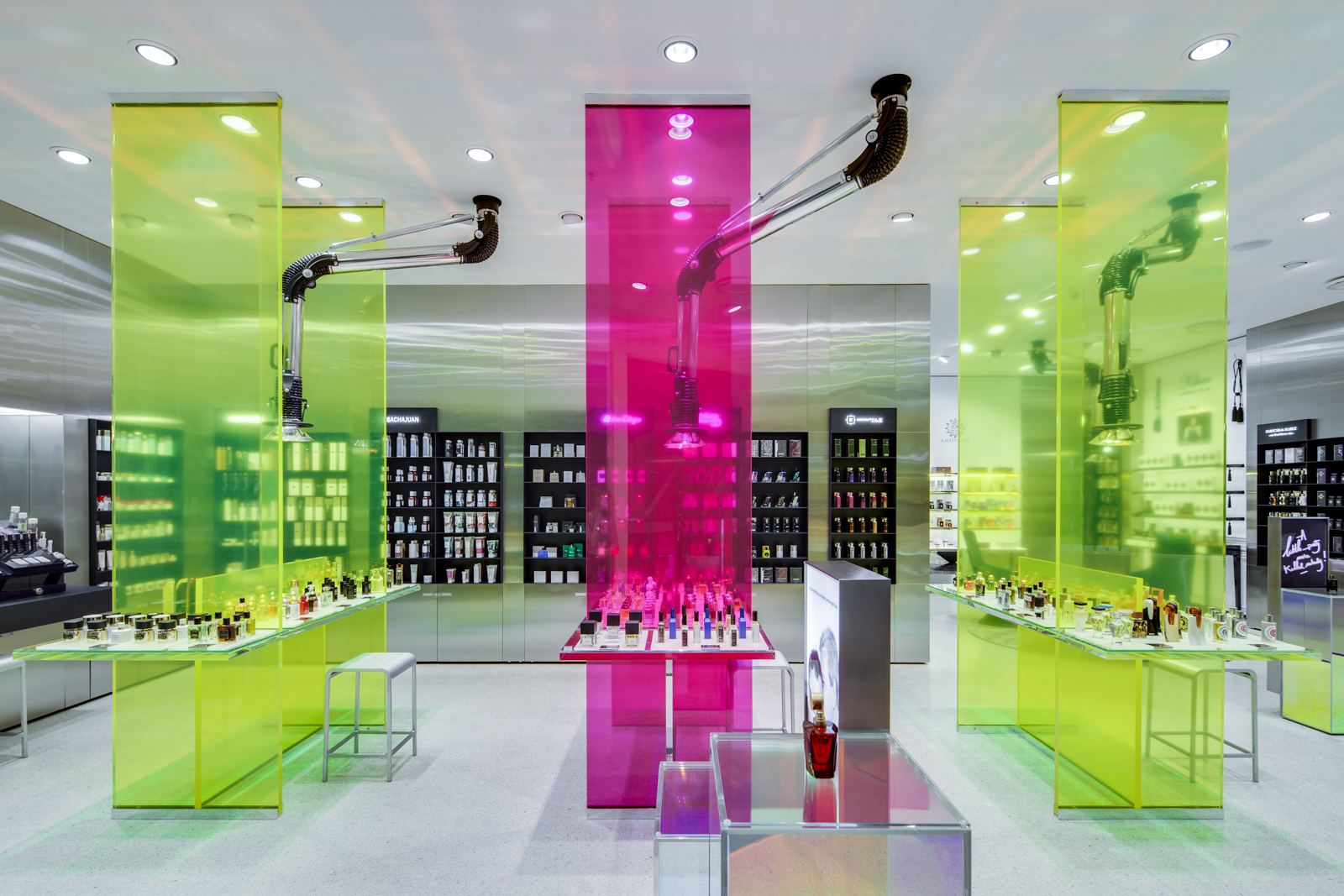 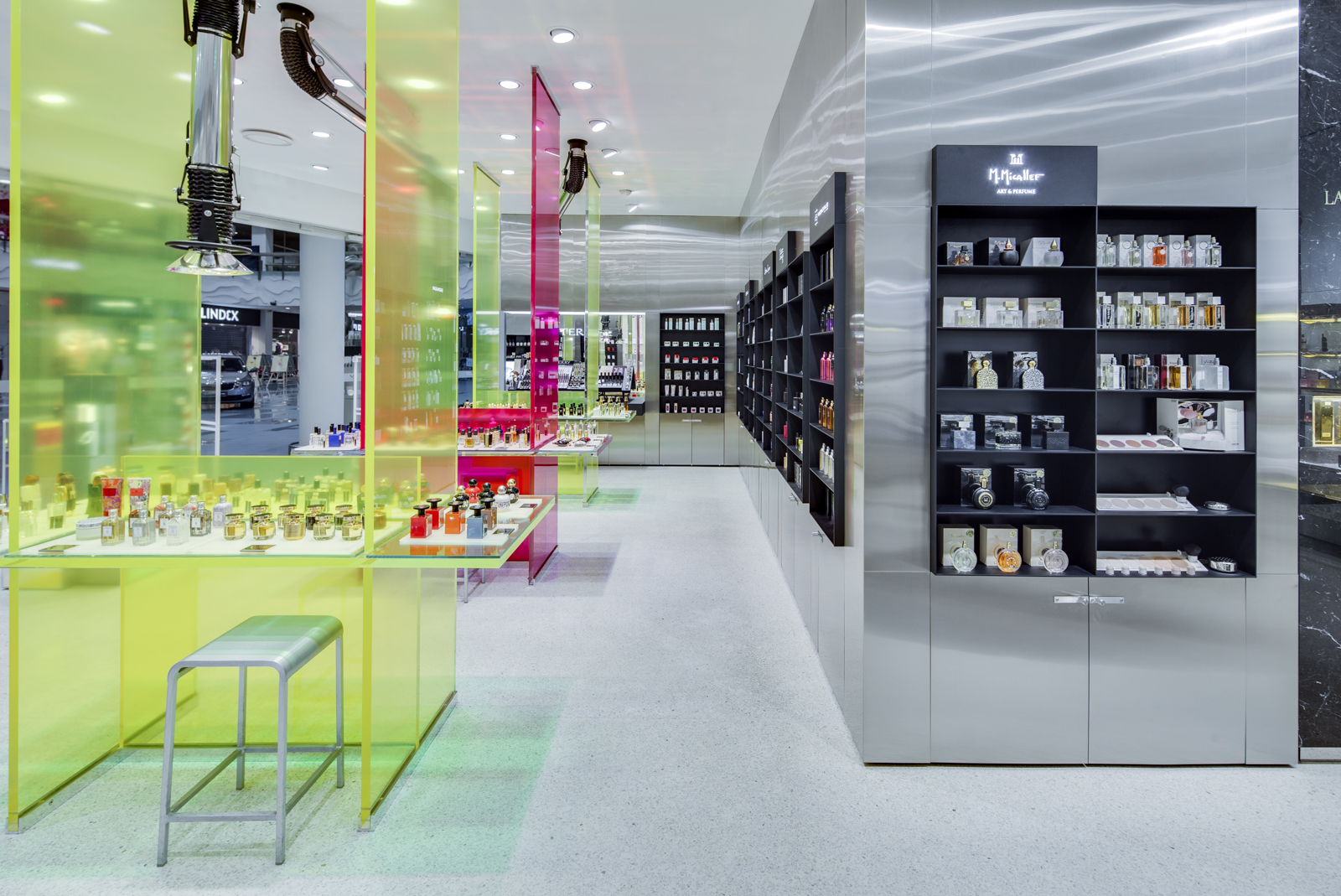 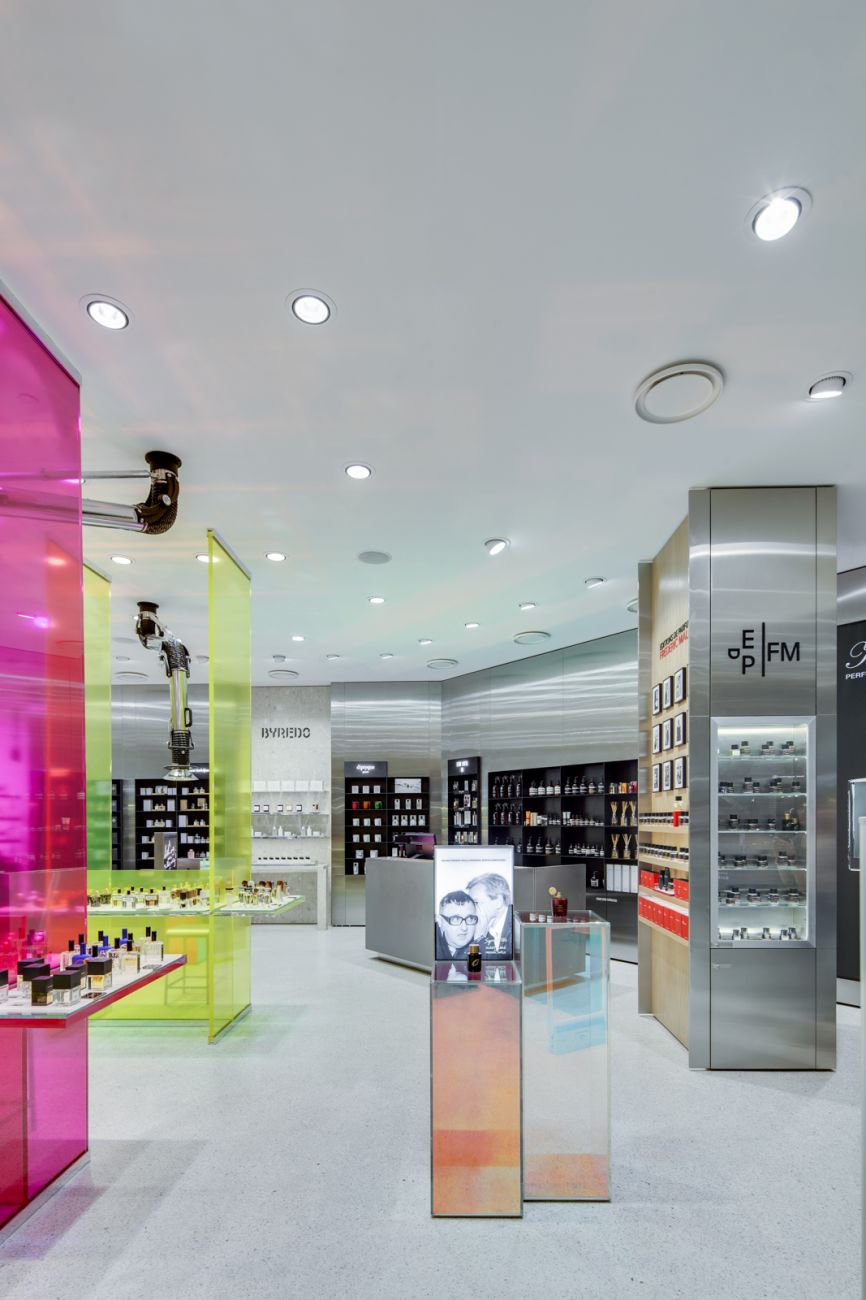 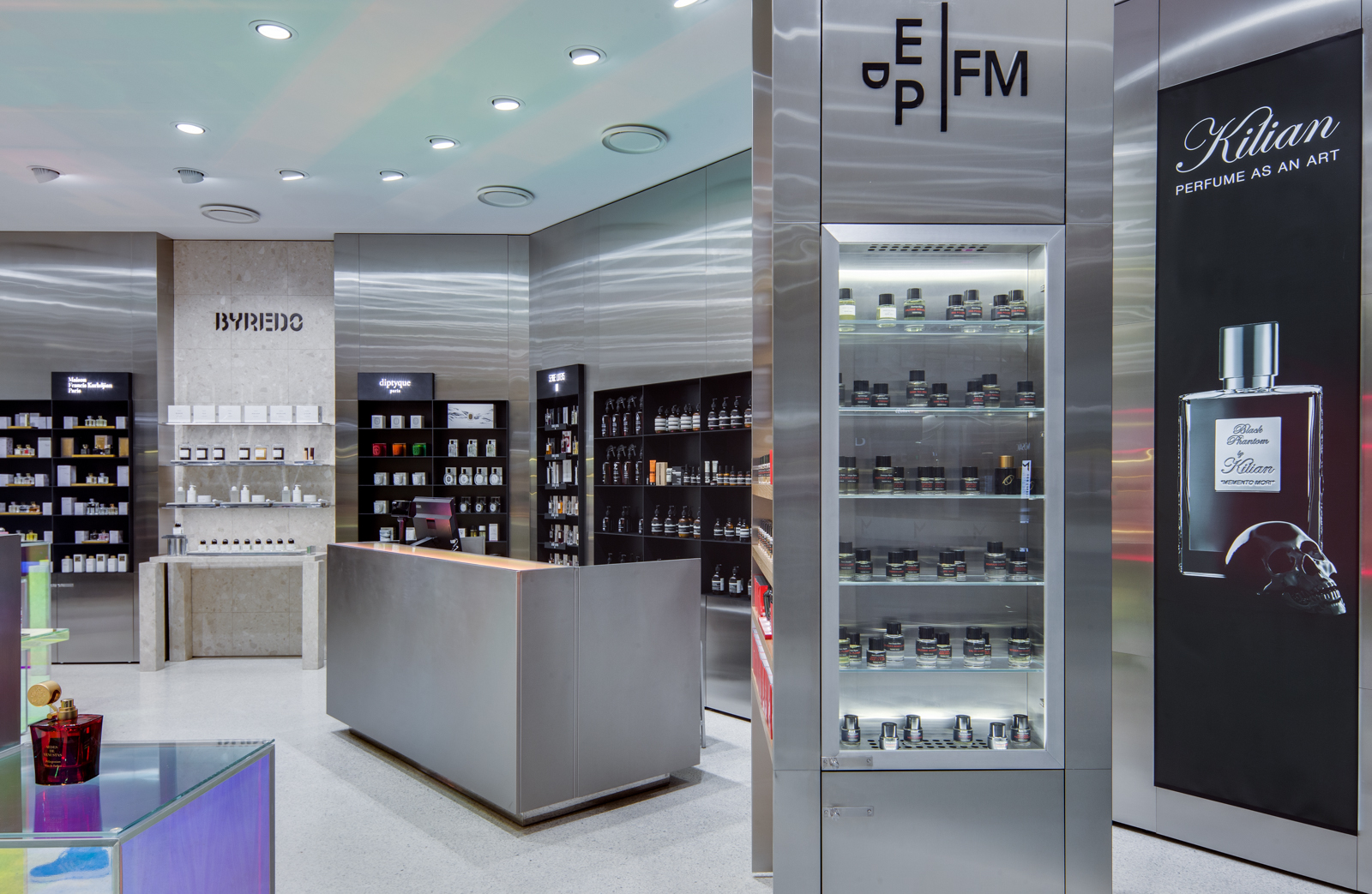 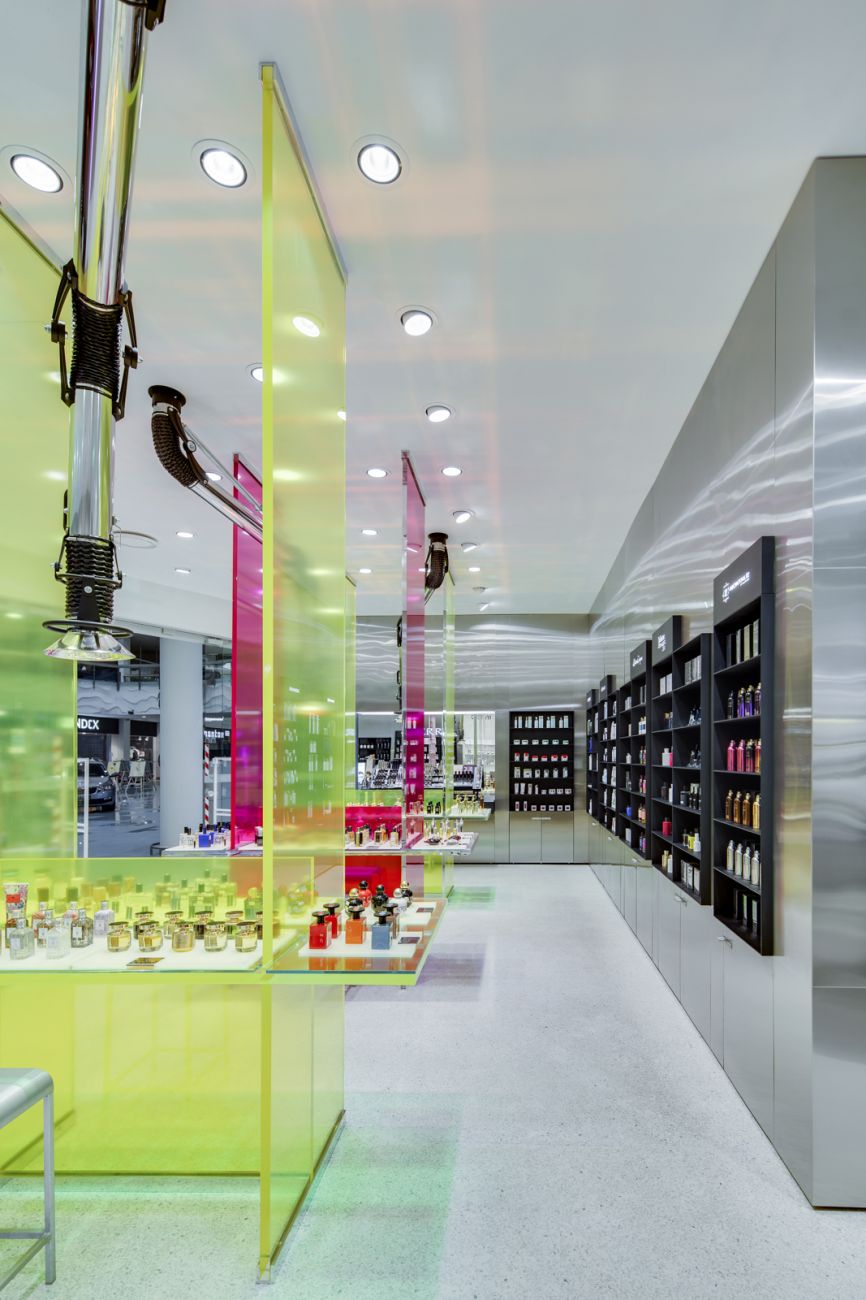 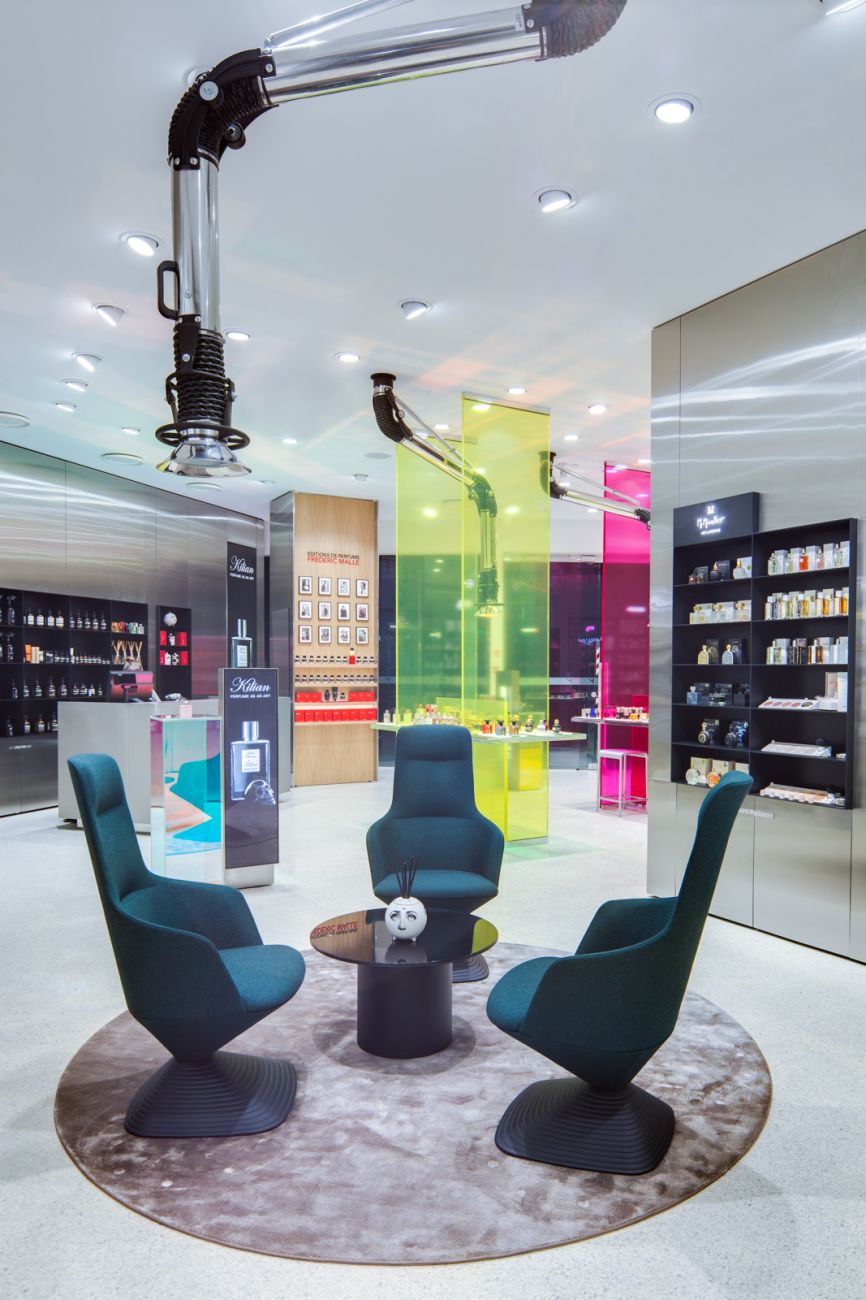 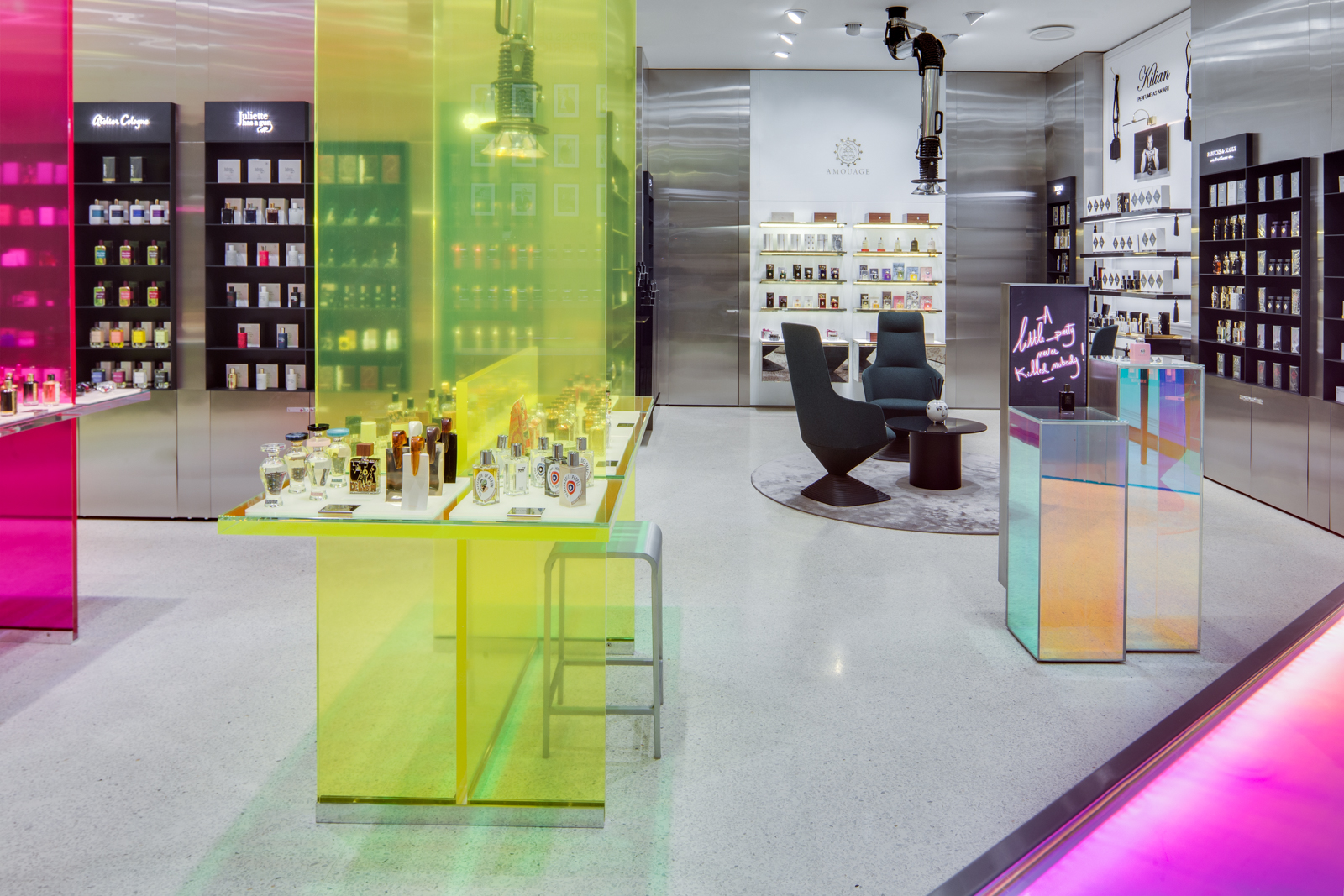 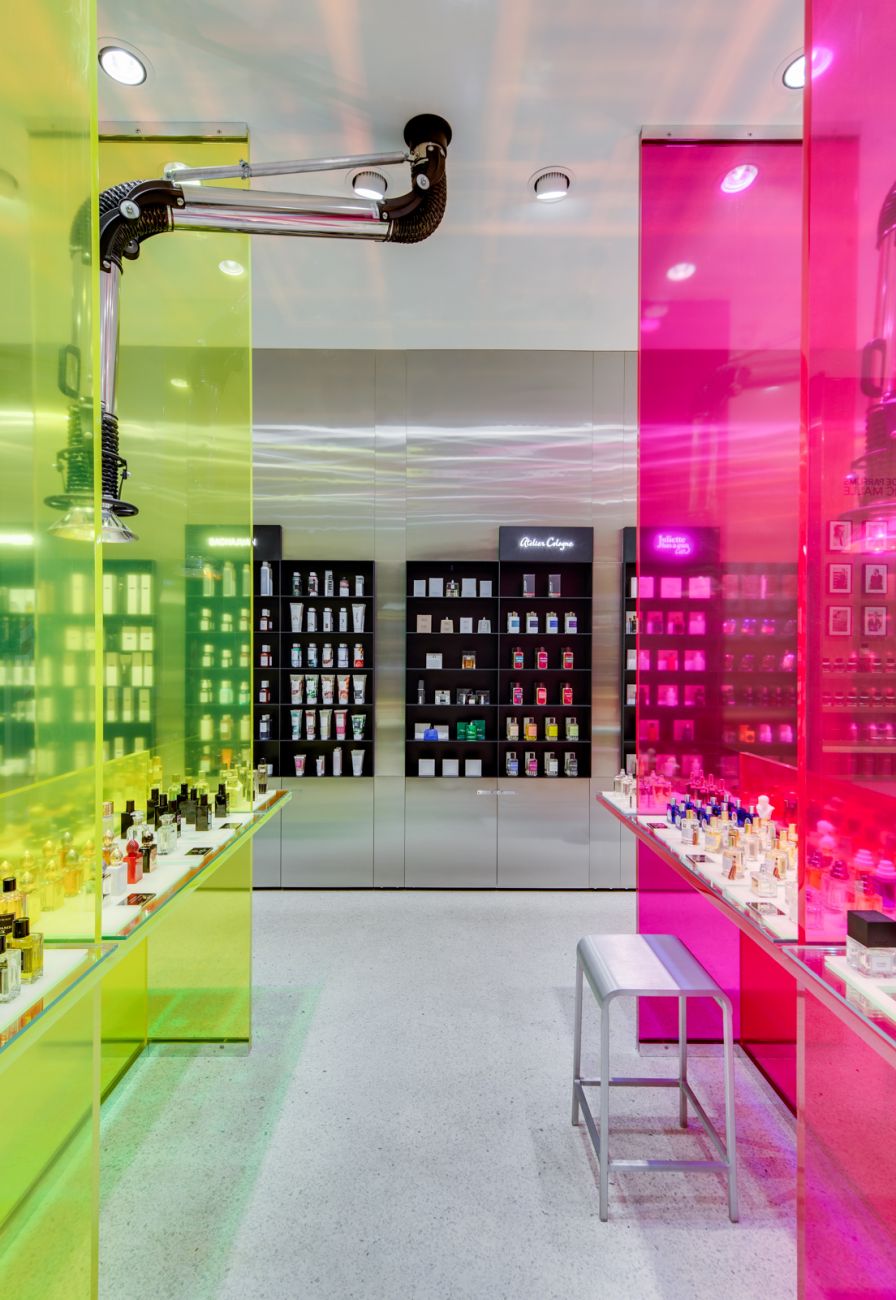 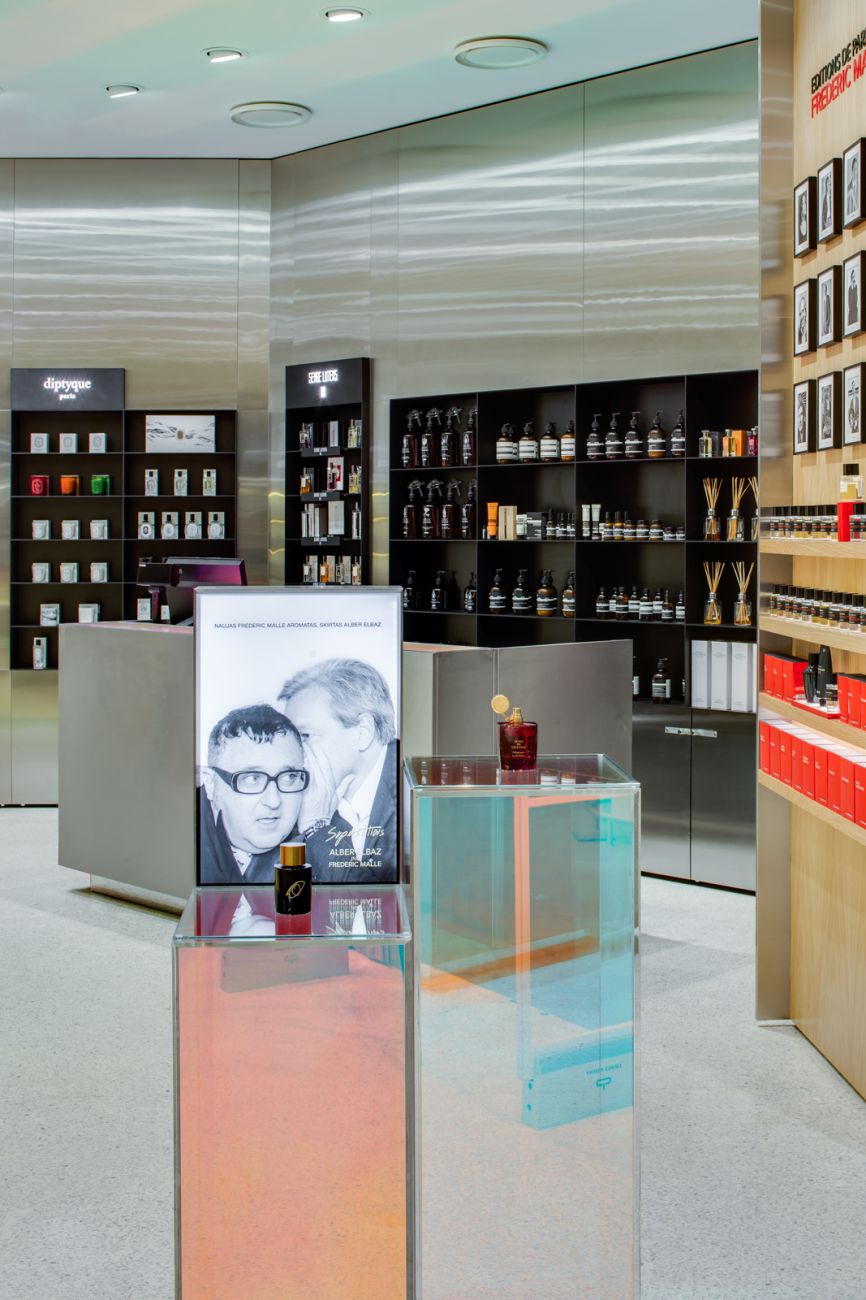 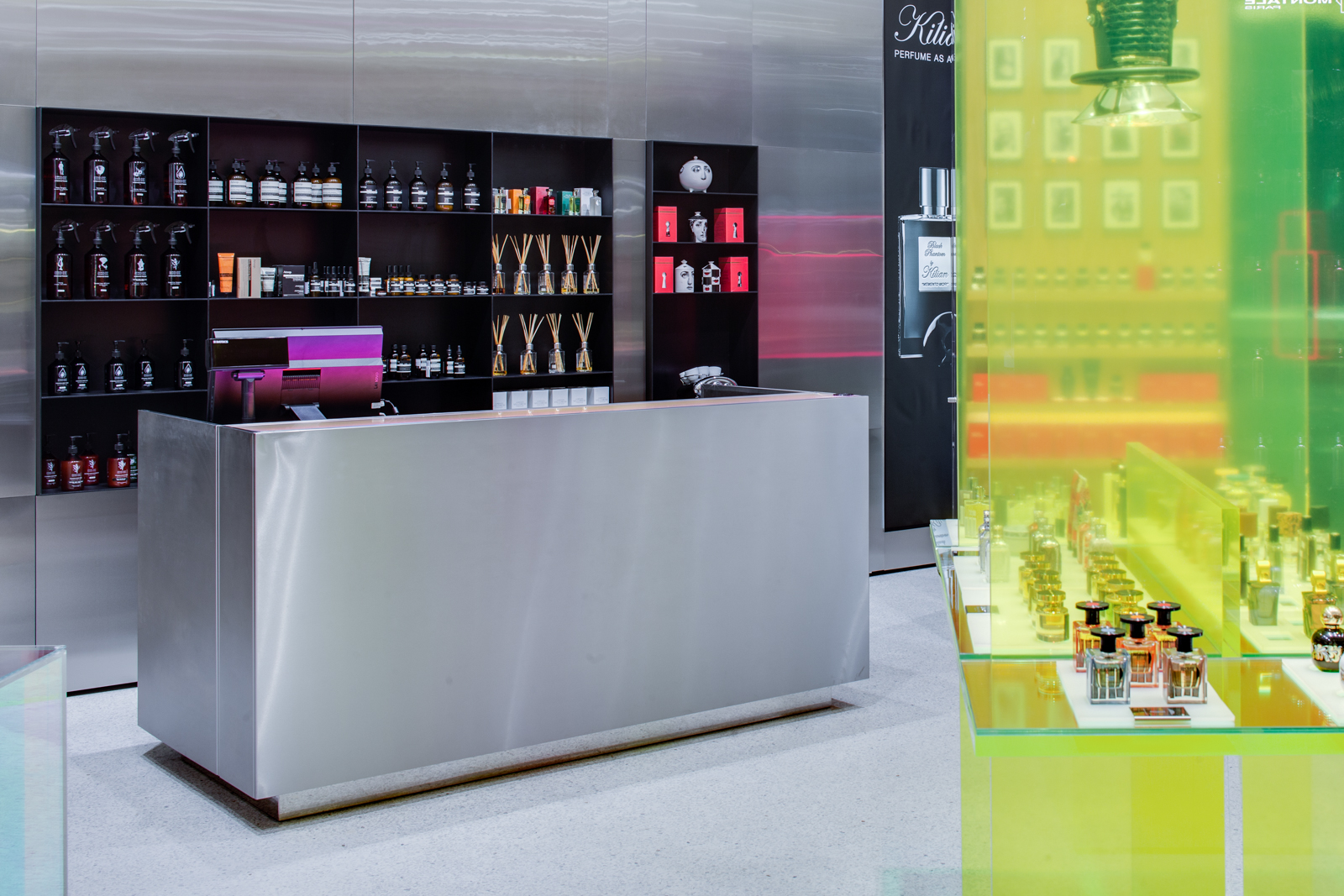 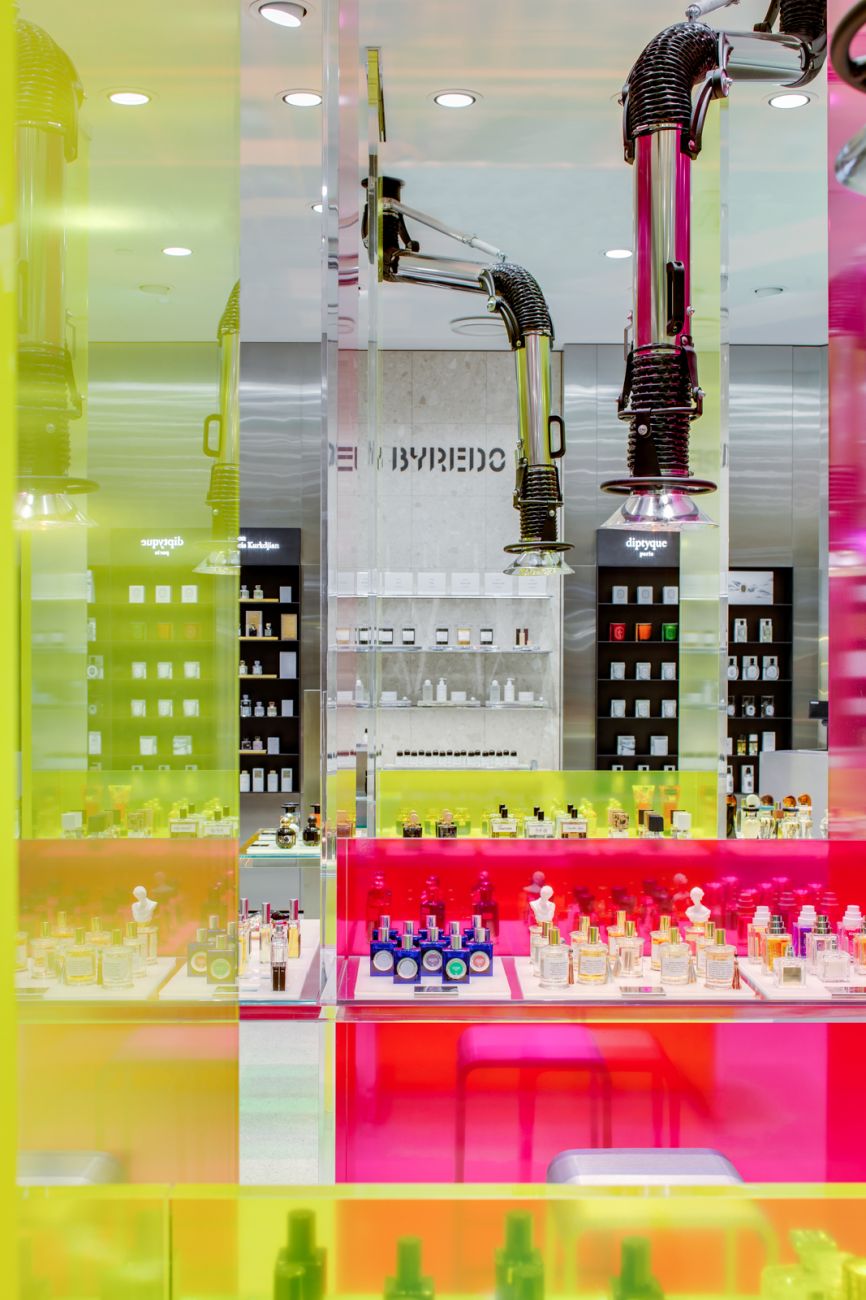 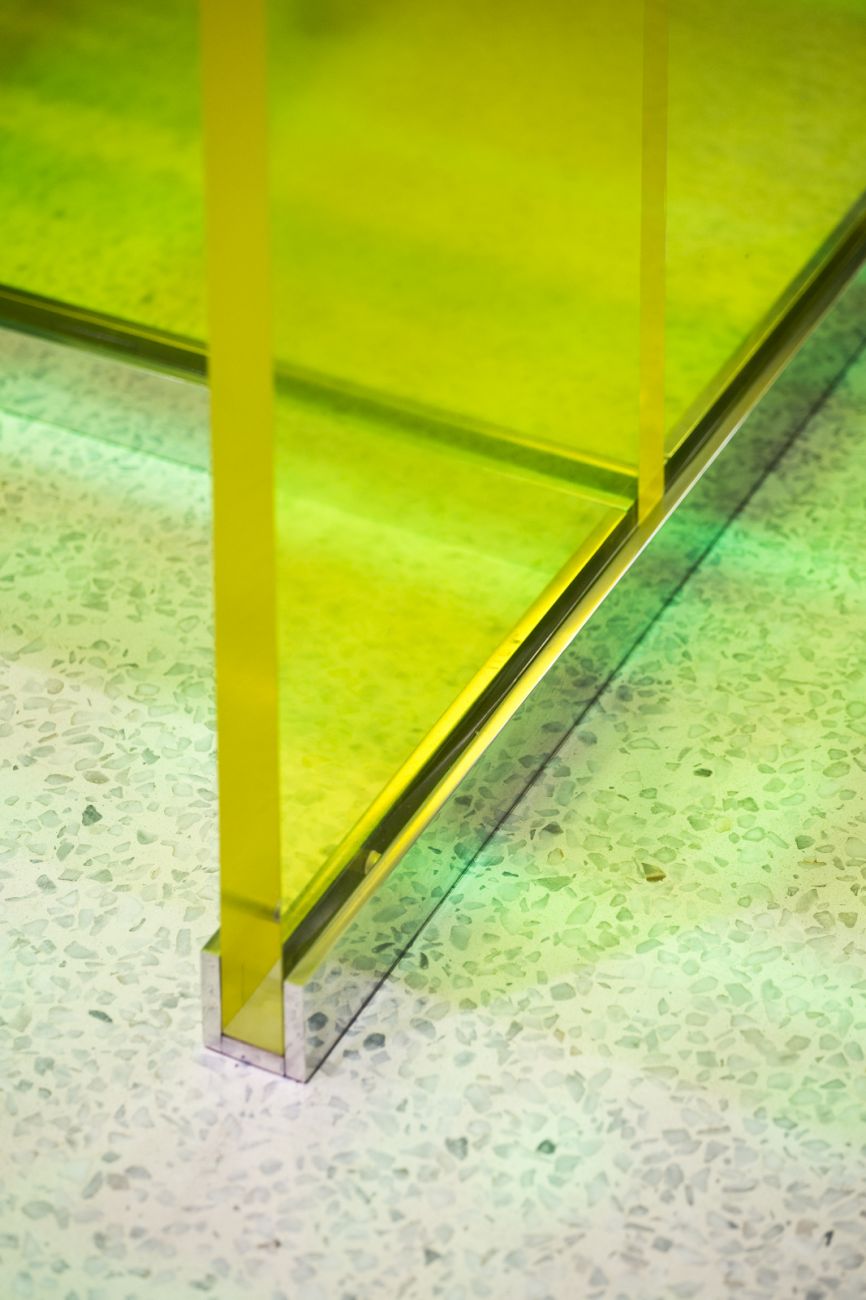 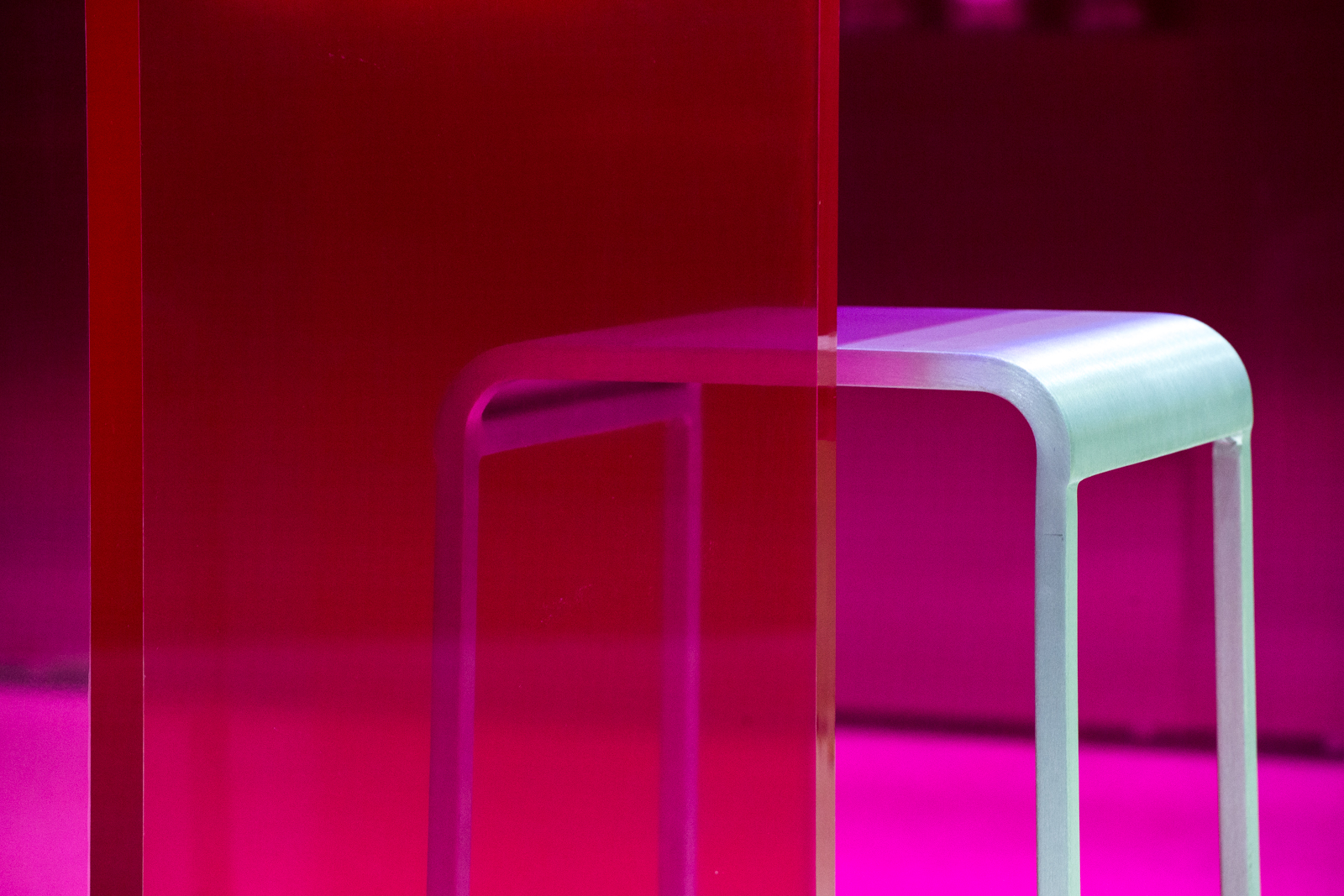 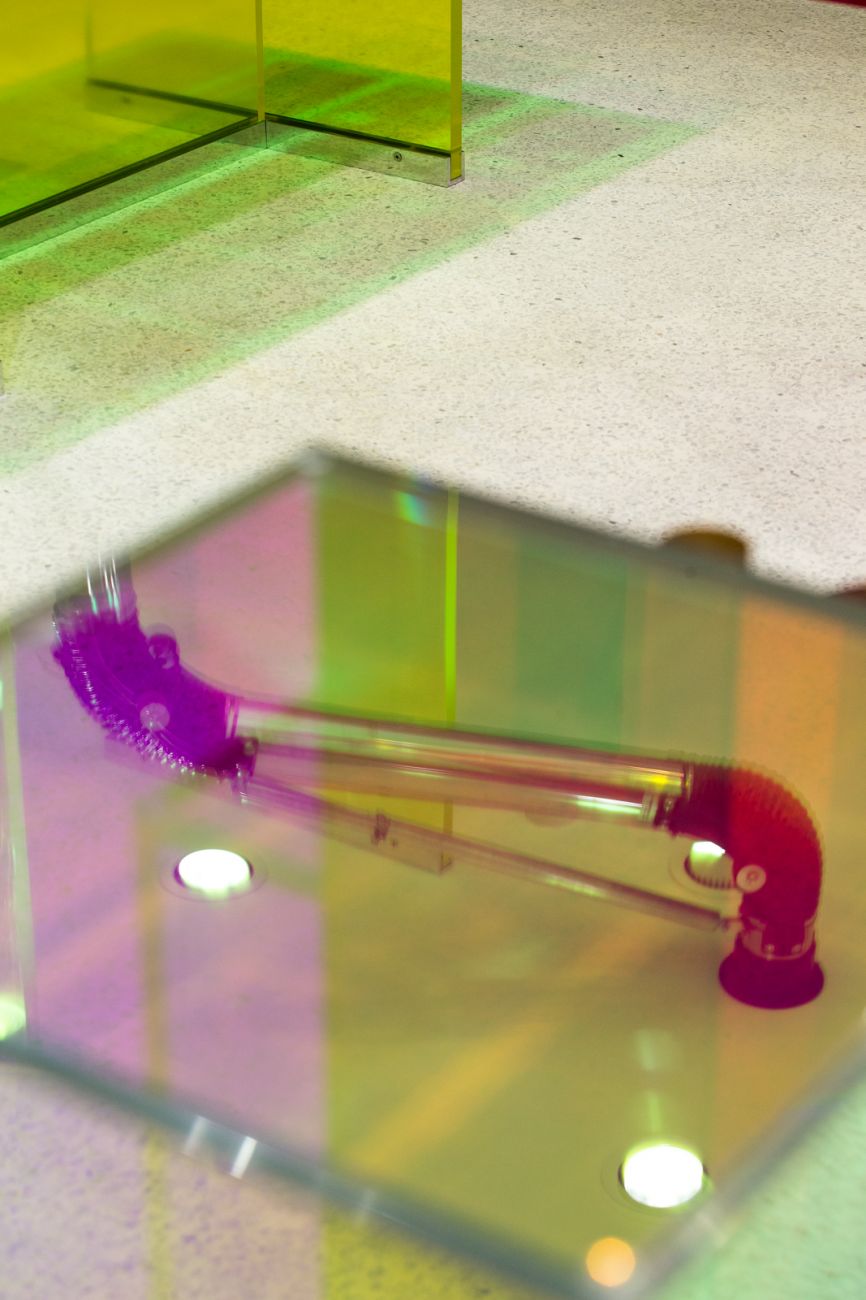 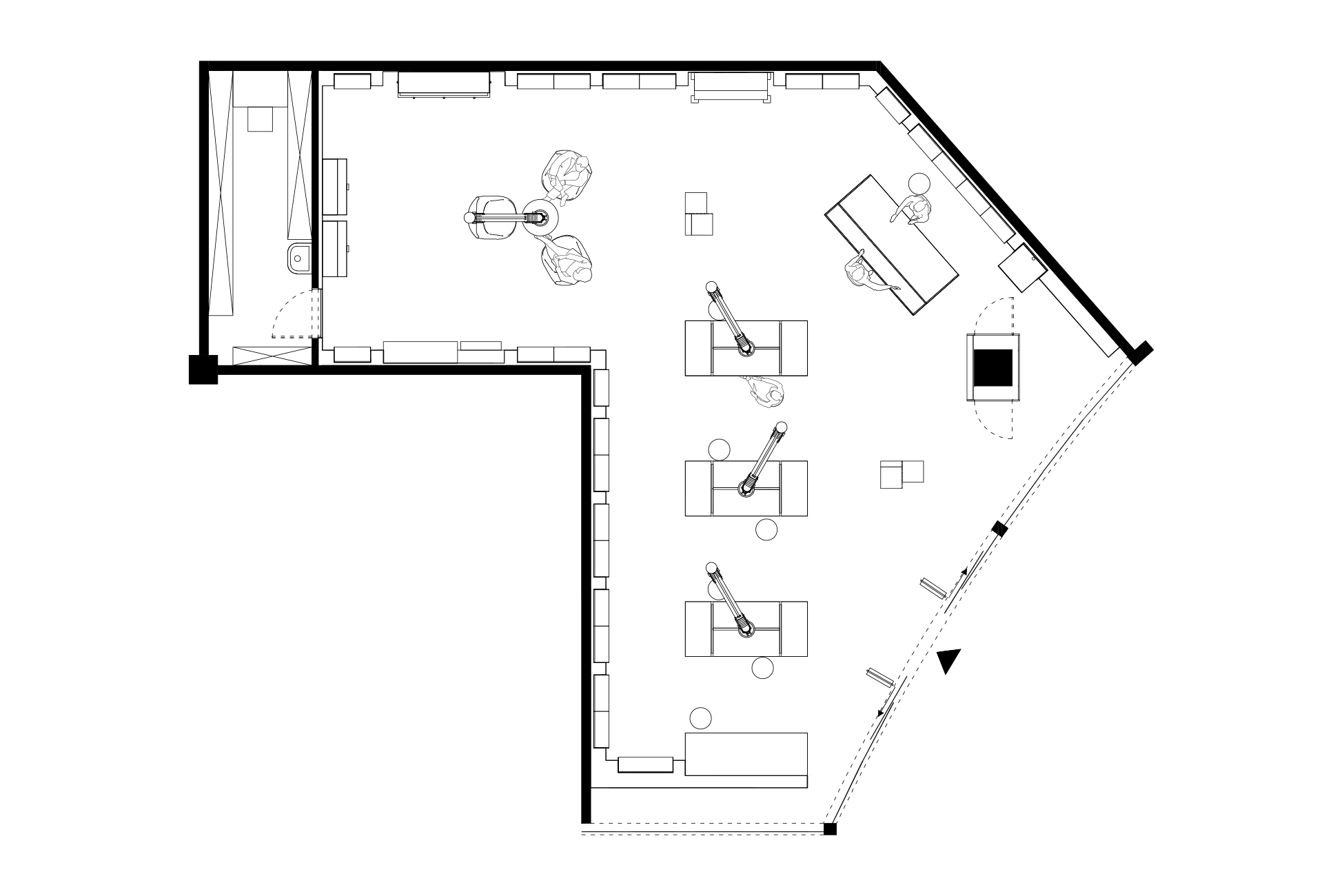