Safety, an opportunity to explore, curiosity, socialization, being at ease, creativity, learning through play are the keywords behind the architectural design in this project. The architectural solutions present a vision of a safe and open world for the child.

The site development rests on the idea that children should spend as much time outdoors as possible. Being outdoors is inseparable from the education of children's senses, therefore, within this project, architectural solutions for indoor and outdoor spaces are equally important.

The building is oriented along the plot, going deep into the site relative to Bieliūnų Street.

This project refers to a homestead planning tradition (which has survived in the surrounding area and which has historically existed), with all that the design is based on free planning, thus softening the context of a rather intense site development, standing out typologically.

Children need to play as much as possible, because it is through the game that the child perceives and recreates the world. The game is the natural state of the child, promoting their specific psychophysical development at preschool age. It is for this reason that the kindergarten, with varying intensity, makes ample use of all outdoor and indoor spaces as well as surfaces.

The scale of the architecture comes from a child's perspective. Thus, the resulting volume is not monolithic. The building comprises a number of smaller units (blocks), giving each of them an expression and scale of an individual home. The children can identify being in a kindergarten group as being at home in a clearly defined (personal) space. The blocks are displaced relative to each other. This is how the environment of the chamber outdoor spaces is formed, creating a sense of a personal courtyard for each group.

Visual connections between the outdoor and indoor spaces make them interactive. Children can watch each other, though not necessarily be participants. In this way, architecture becomes part of the educational process. The visibility of the spaces creates a sense of security both from the child’s and the staff's perspective. These architectural solutions give the children an opportunity to see the children of another group from a distance.

The building consists of three main elements: the central block, the group blocks and the connecting corridor.

The building has six group blocks. The function is organized in such a way that each kindergarten group has an individual direct access to the premises from the outside. So the children's exit to the field becomes easier and they may stay outdoors longer, enjoying an immediate connection between the inside and the outside.

Each of the group blocks has a ‘sleep tower’, a covered outdoor terrace on the roof, which is partially visible. This space is intended for lunchtime sleep in any season.

The group blocks are connected by a passageway with integrated volumetric game elements, codenamed ‘Hideaways’ and ‘Climbers’, so the journey along the corridor does not seem long.

The internal spaces of the plot are meant for play and carefree leisure; they are full of changing spaces and elements, sports and gaming facilities. 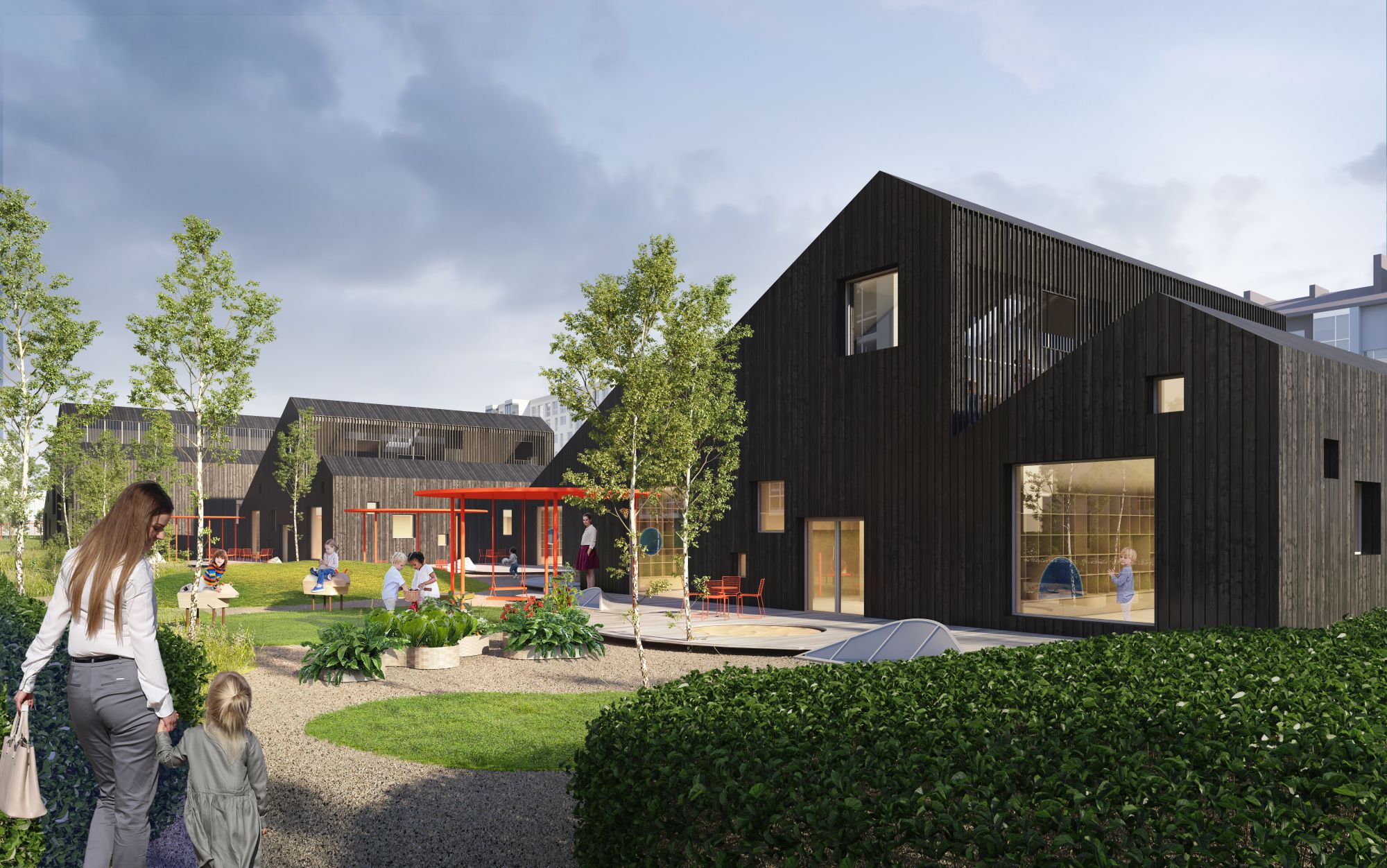 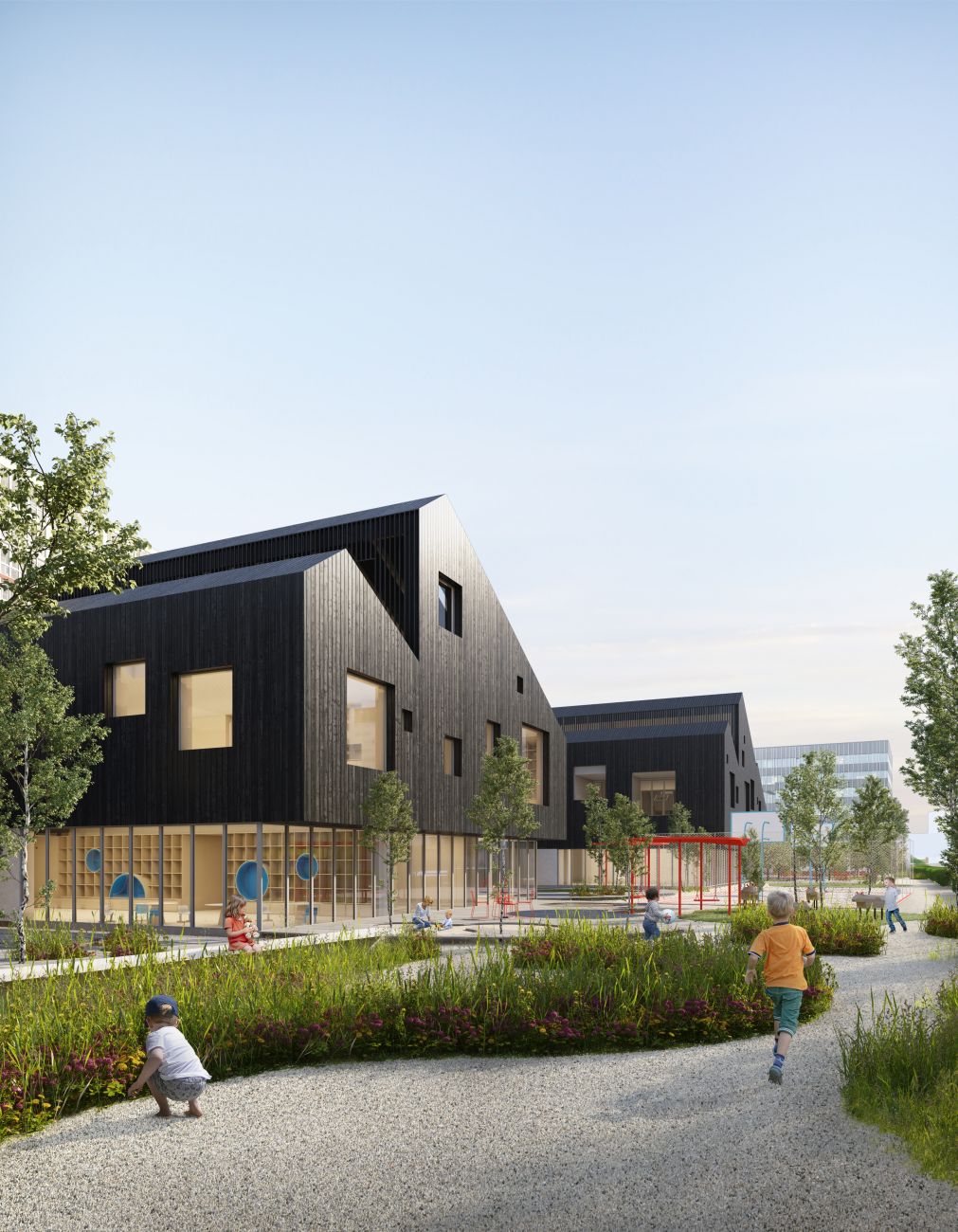 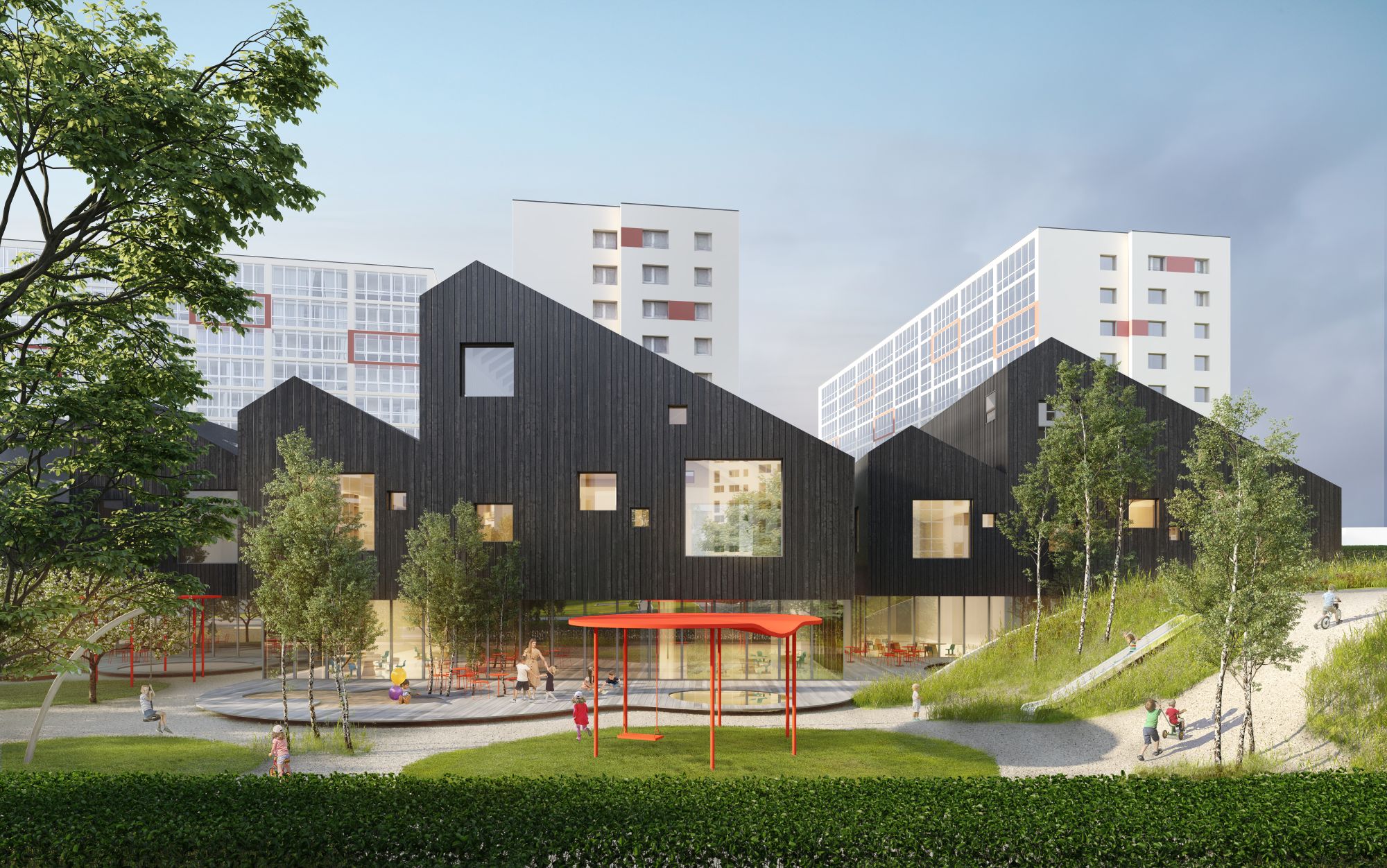 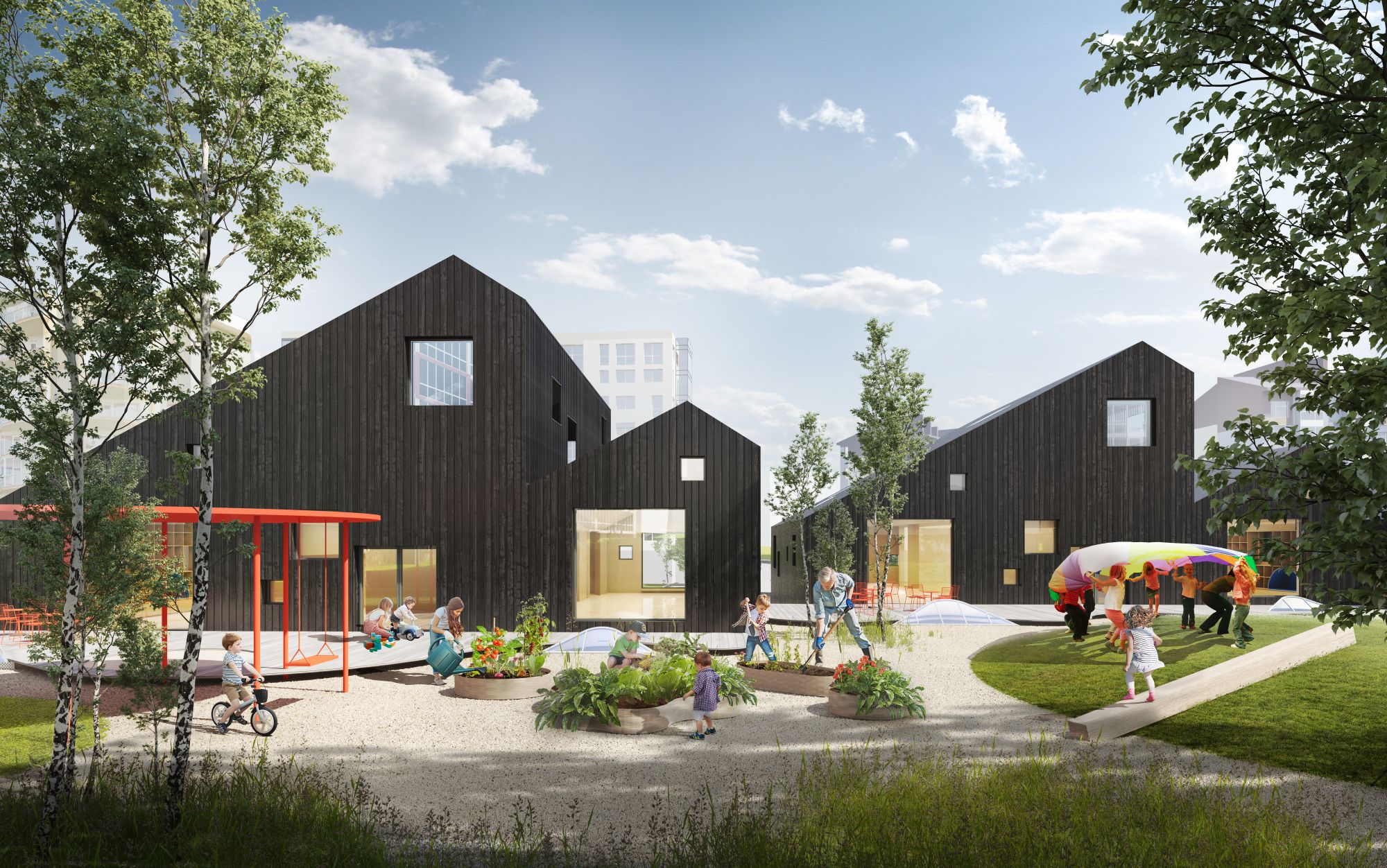 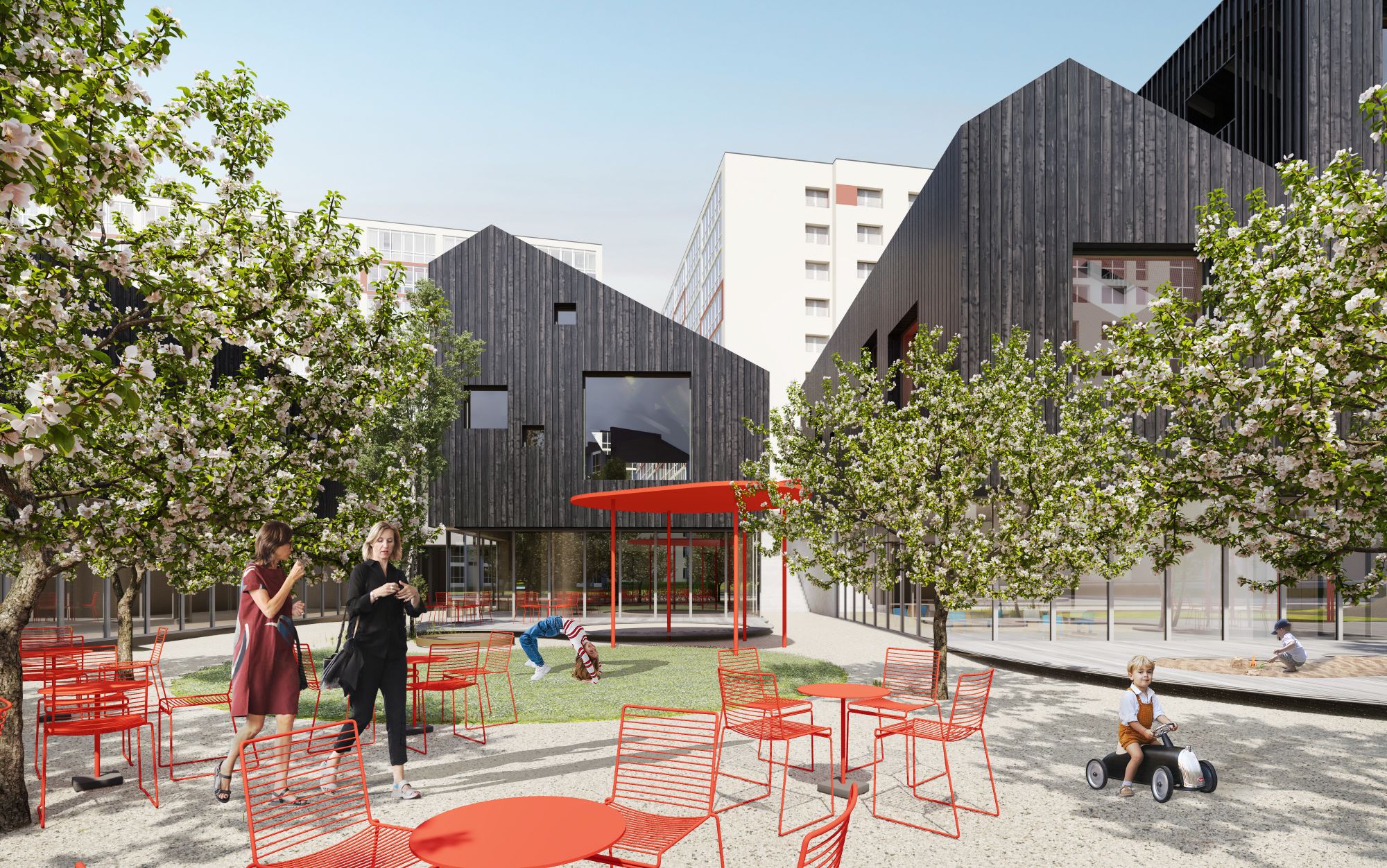 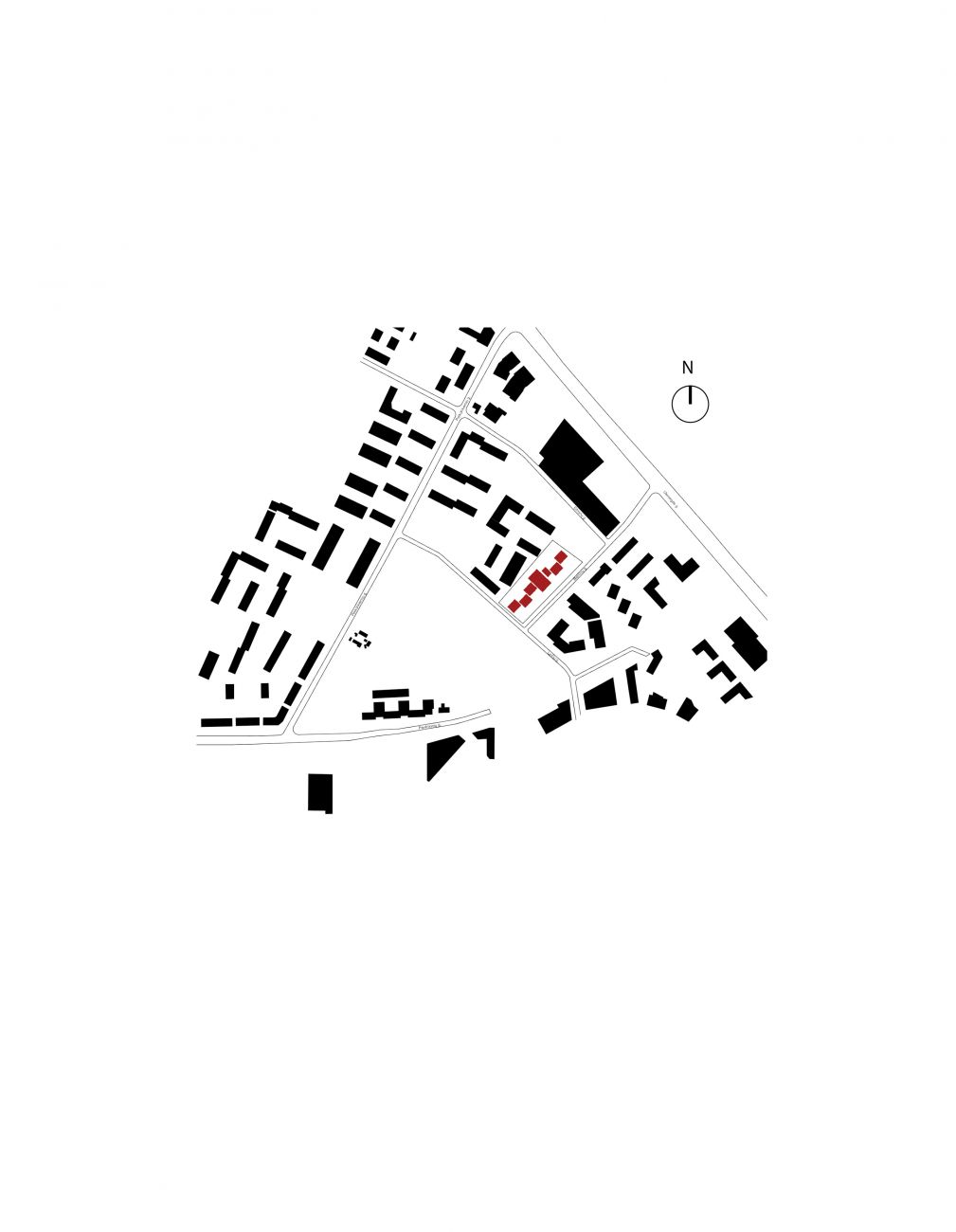 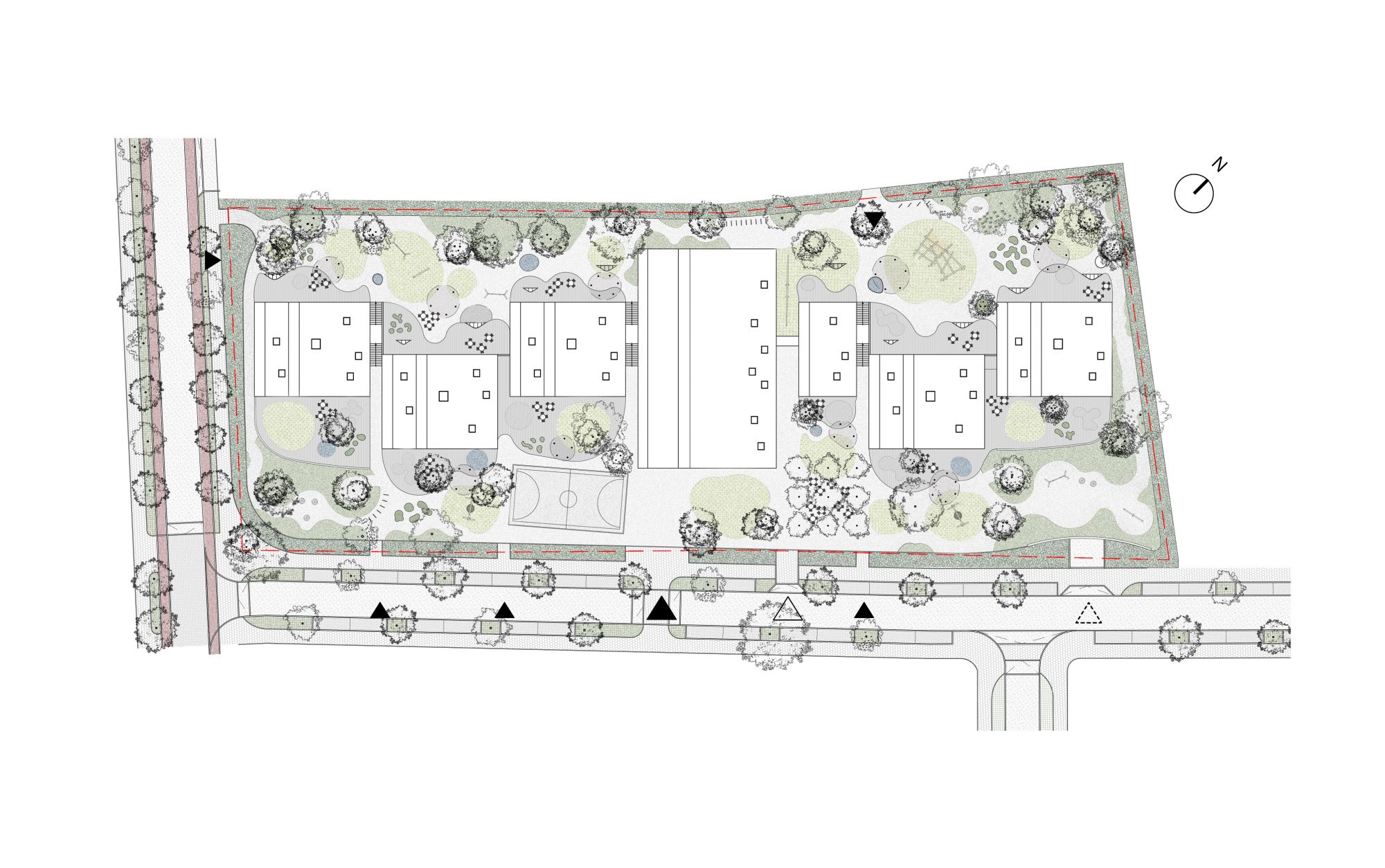 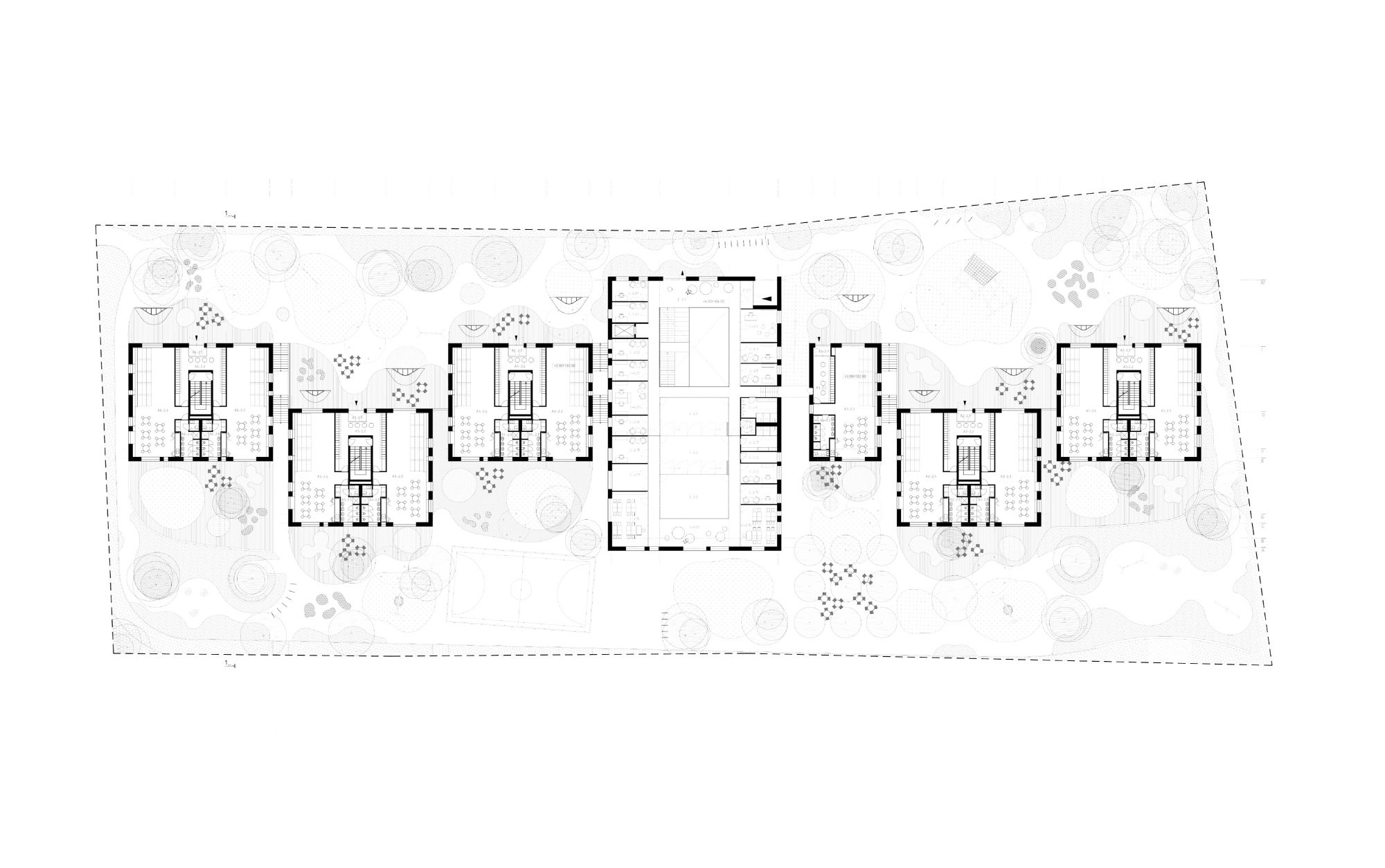 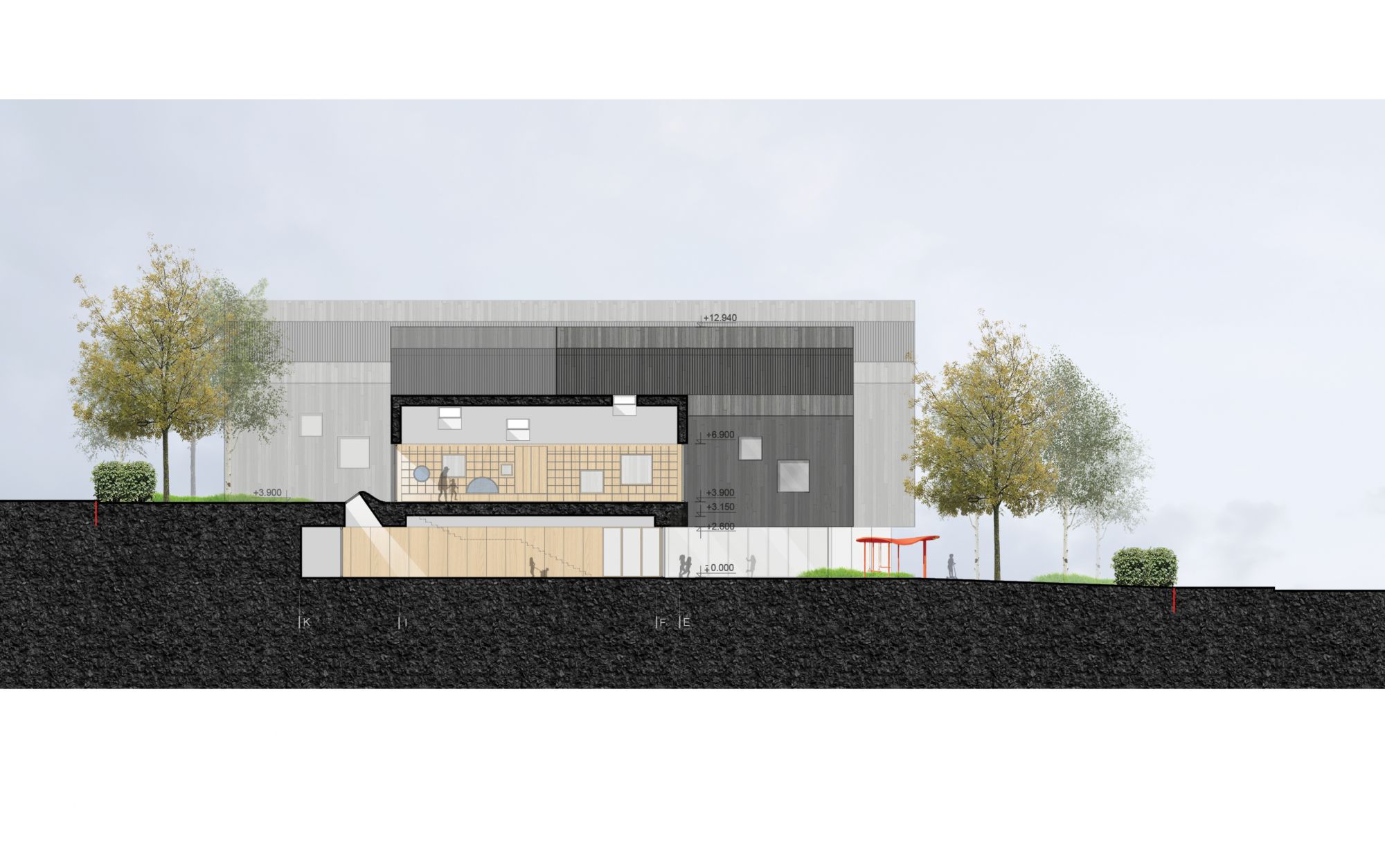 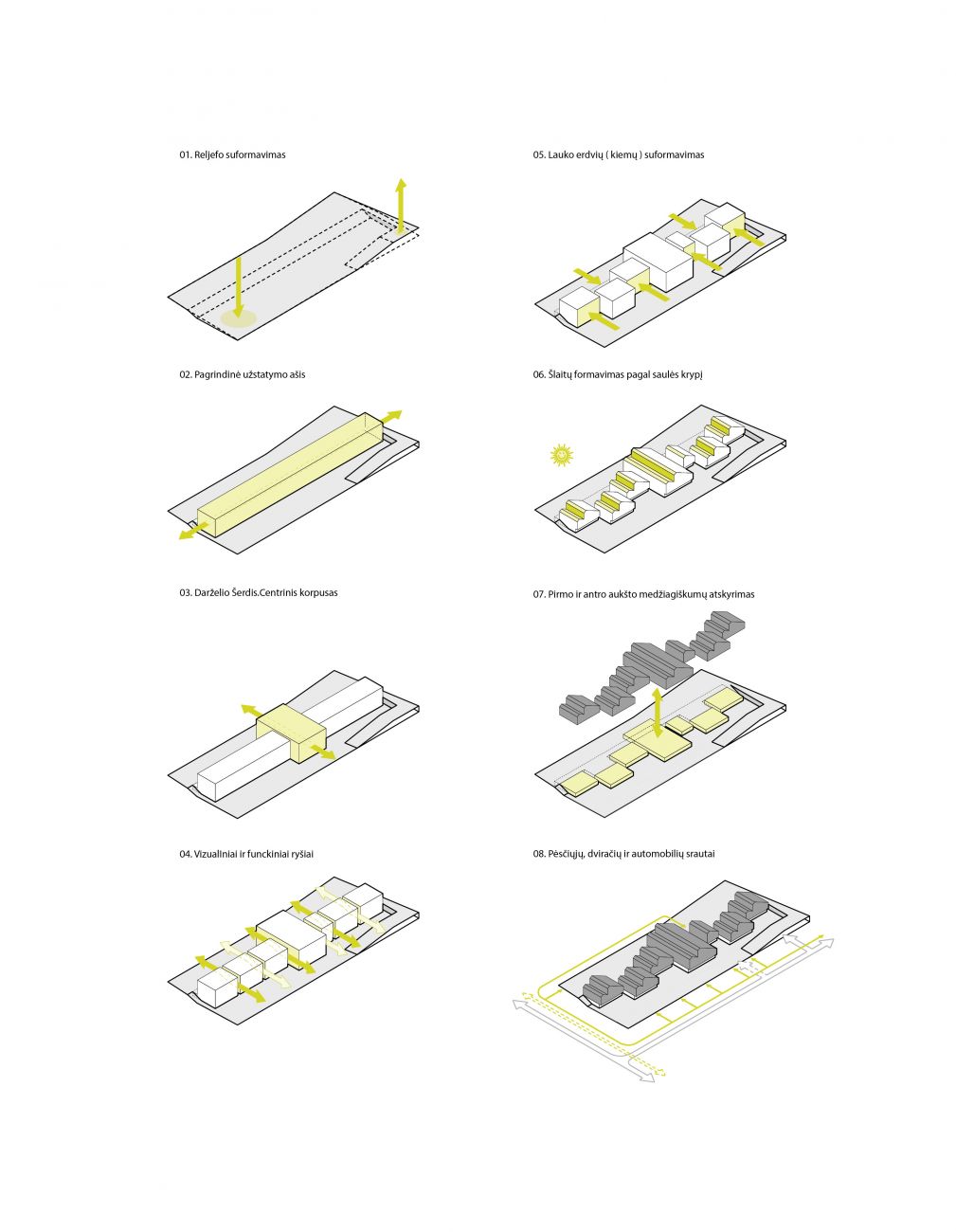 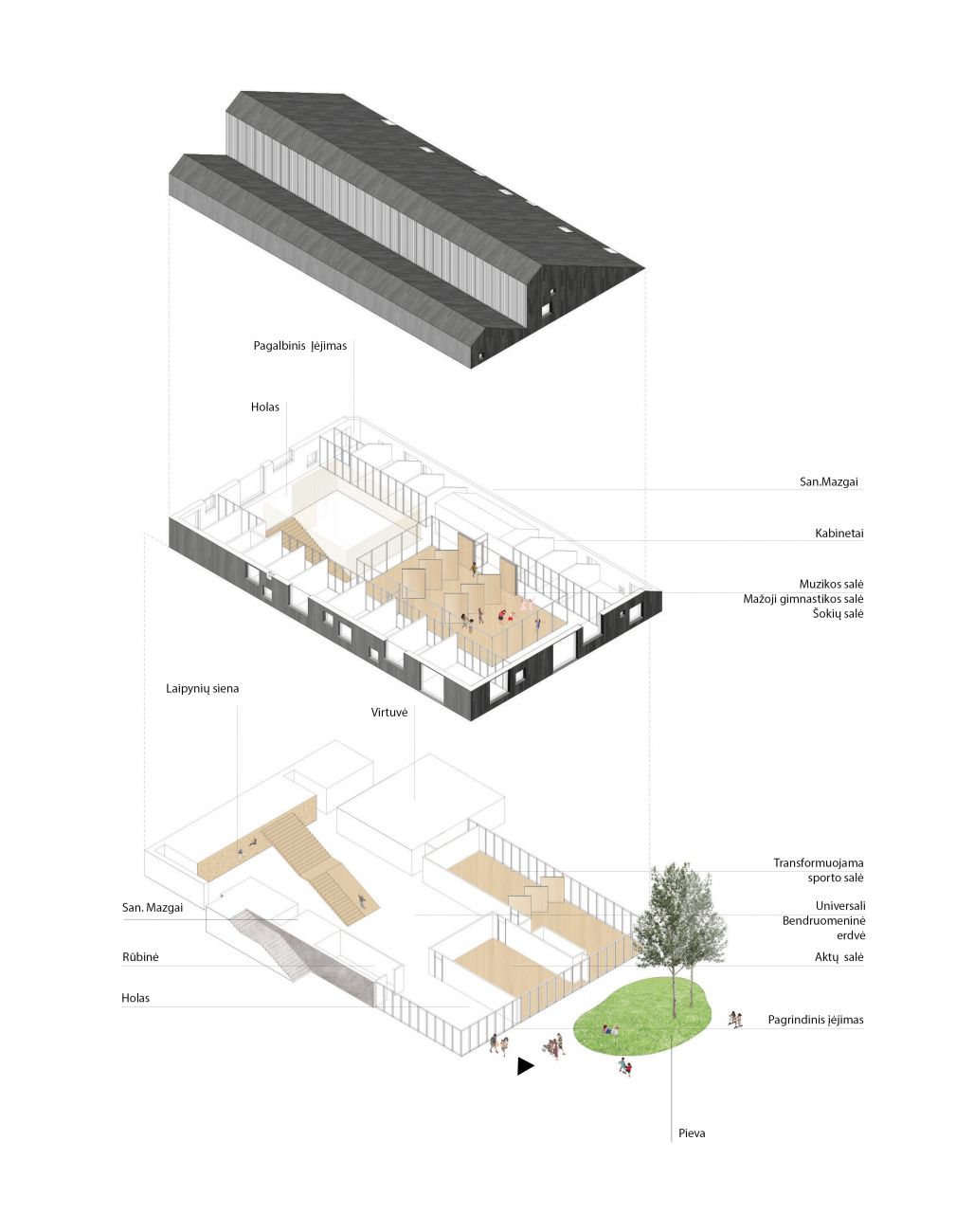 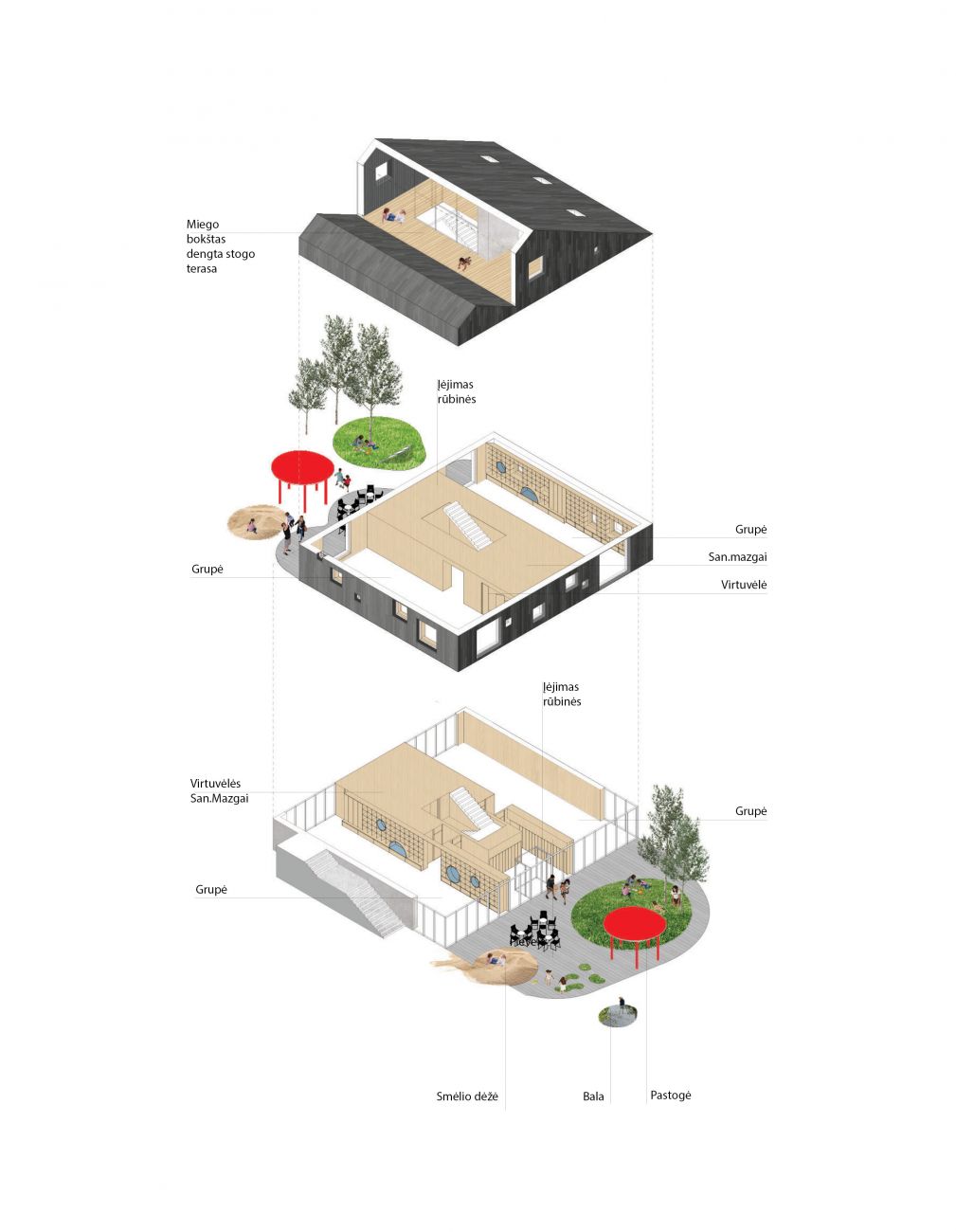 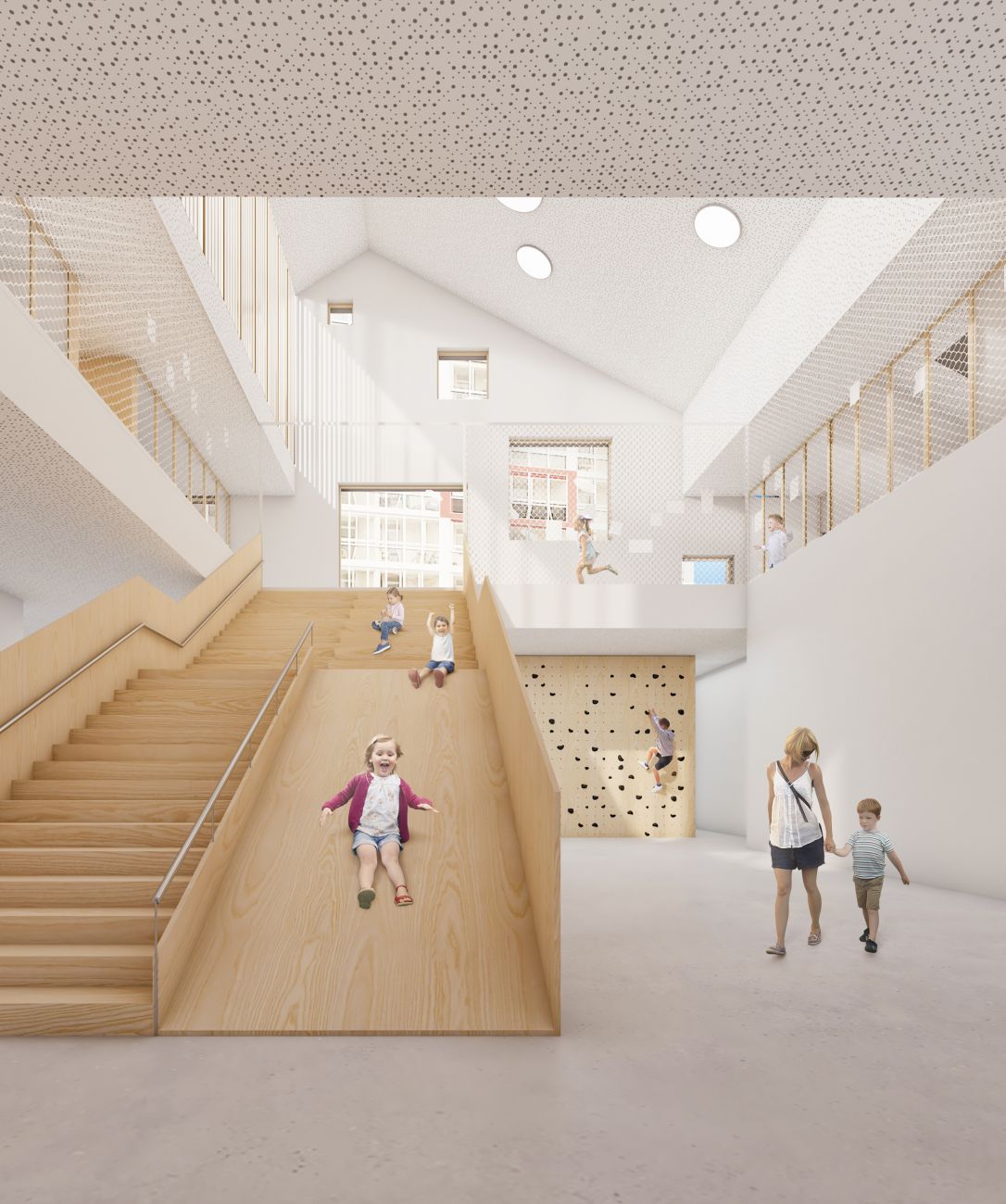 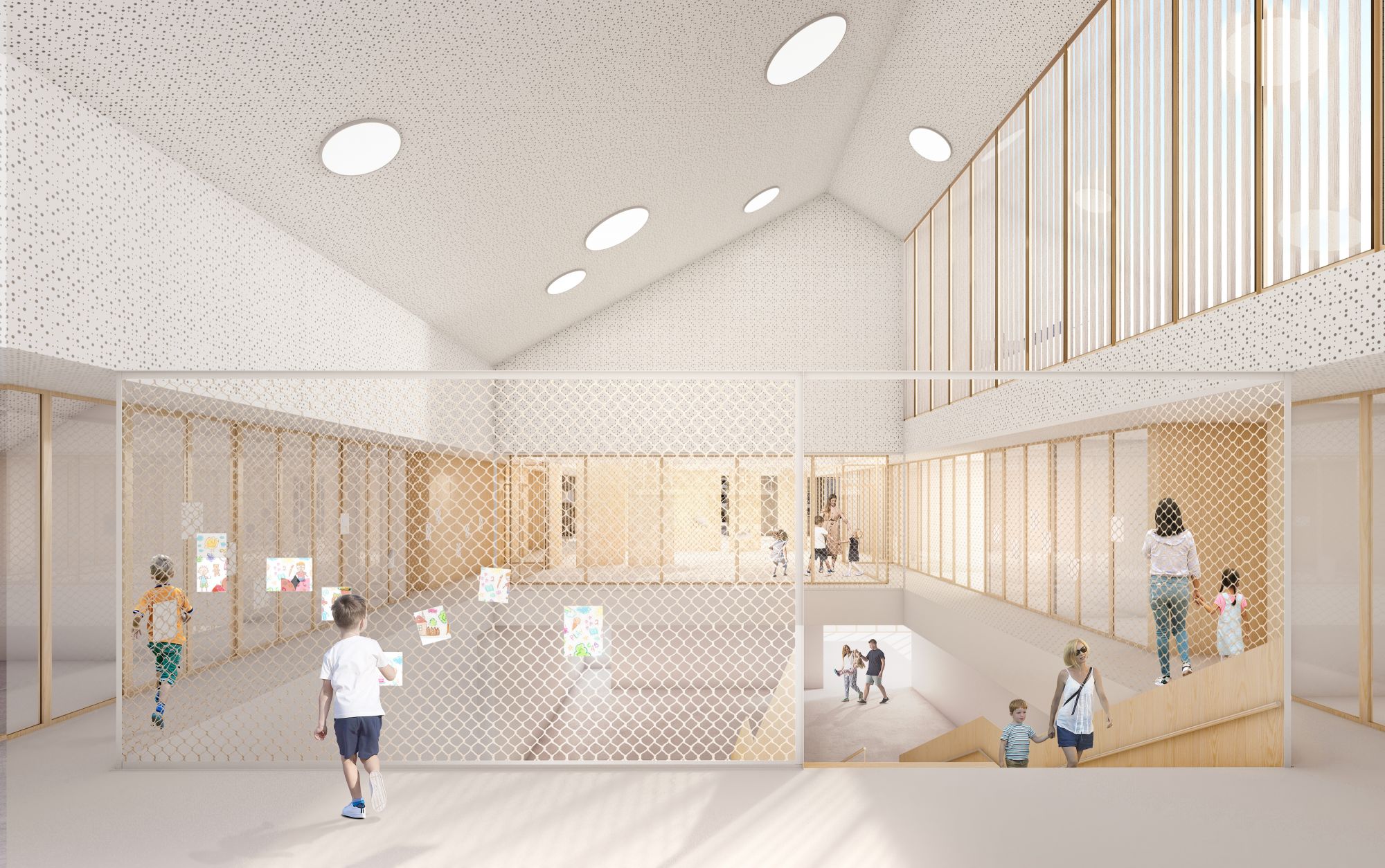 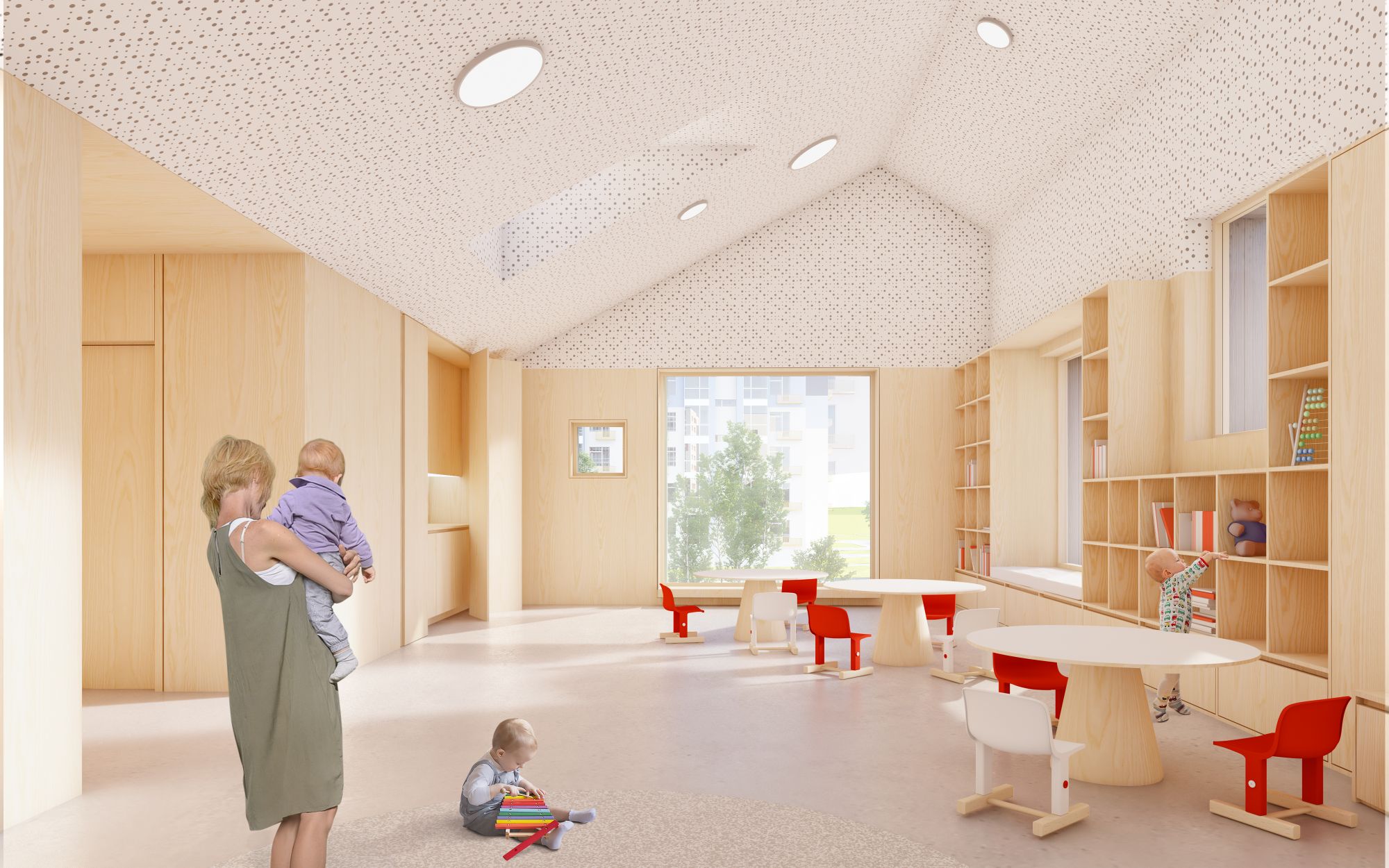 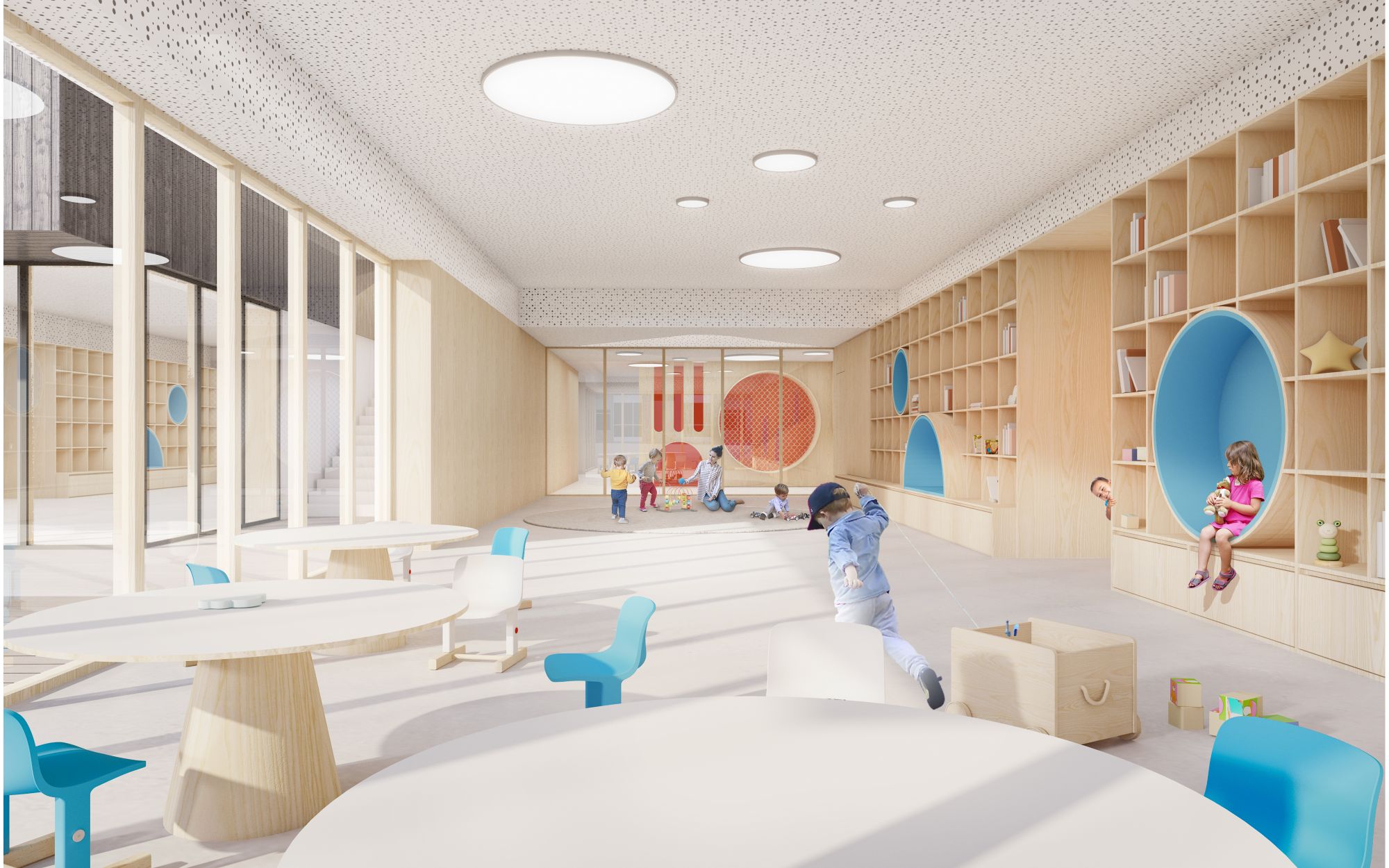 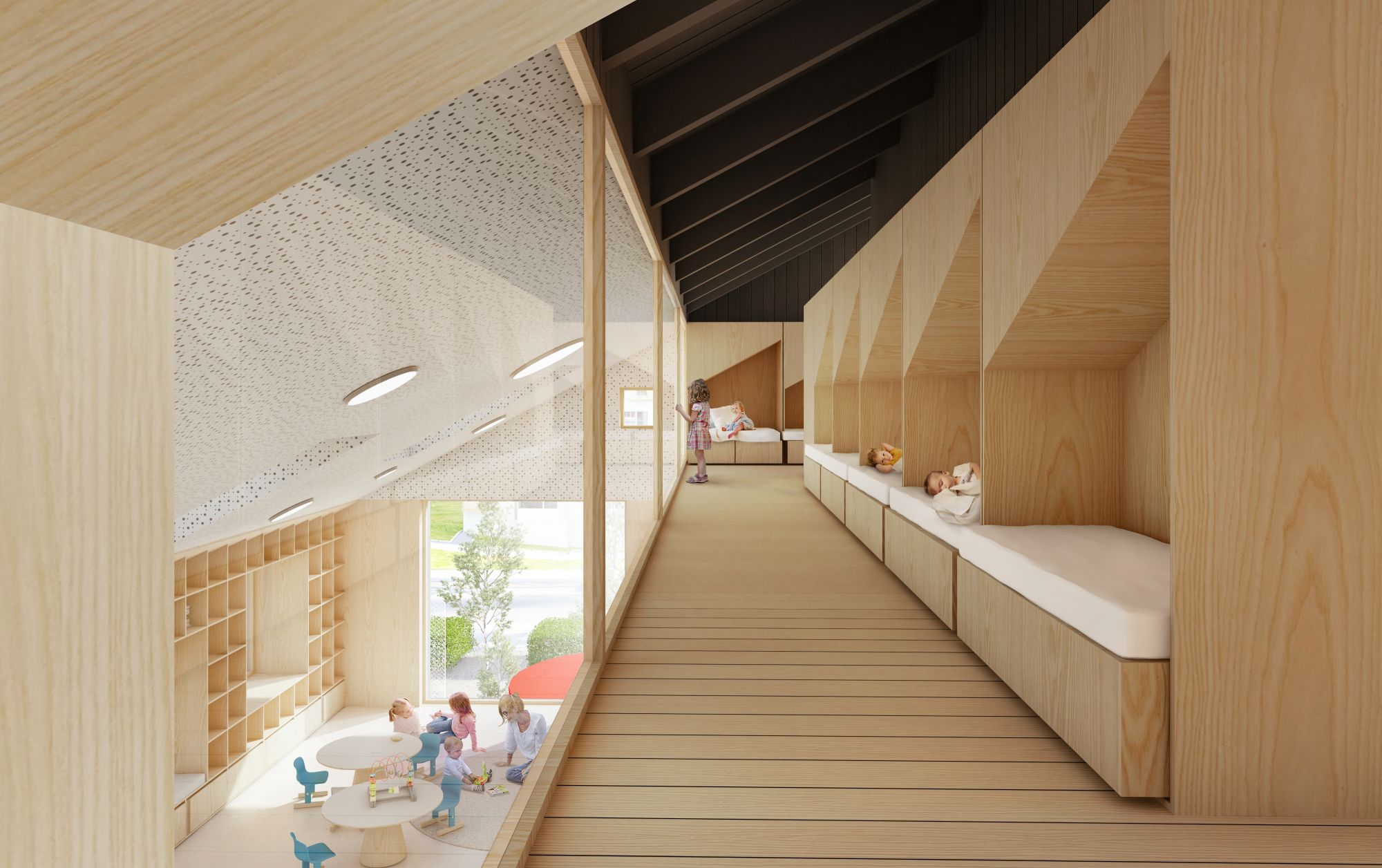 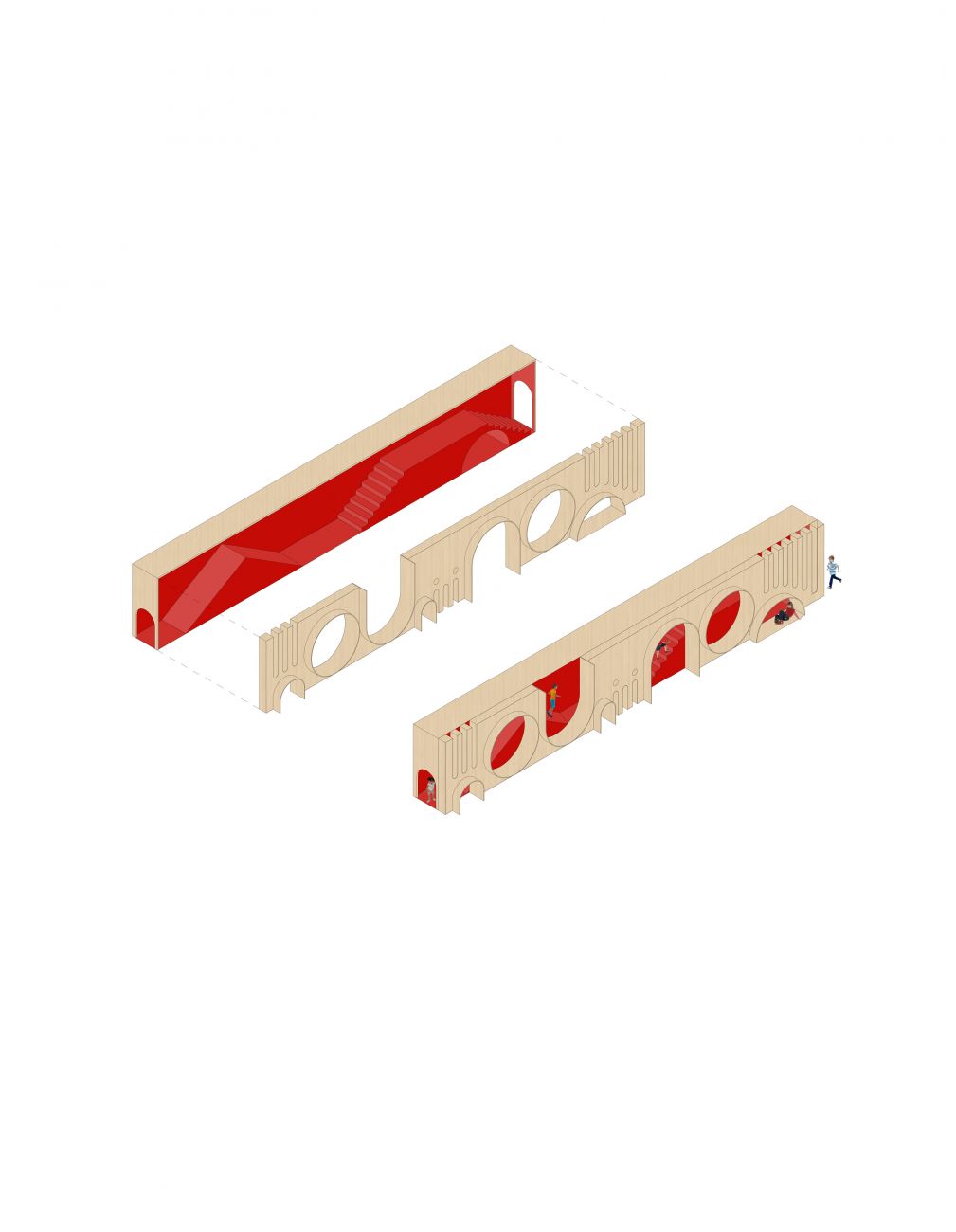