The Membershop company is mostly engaged in internet trade, which has prompted a trenchant idea that has become the cornerstone of this interior.
To create this office space we have used a huge number of “cardboard boxes”.
Their prototypes are normally used for shipping of goods, or, more often than not, for encumbering rooms.
With all that we have made the boxes carry out a contrary mission, i.e. to form spaces and arrange things in order, to separate working and recreation areas as well as passages. Thus, “box fencing” seems a suitable definition for this type of space formation.
To those who care for the true nature of boxes, their versatility and transportability, we offer to decide for themselves how to lay out the office space - rearranging boxes, giving them new functions. Why not turn a box into another flowerpot?
The monochromatic background makes the plant greenery particularly transparent.
One wants to secretly rip off a leaf and silently chew it while surfing the net, hidden among the “boxes”. 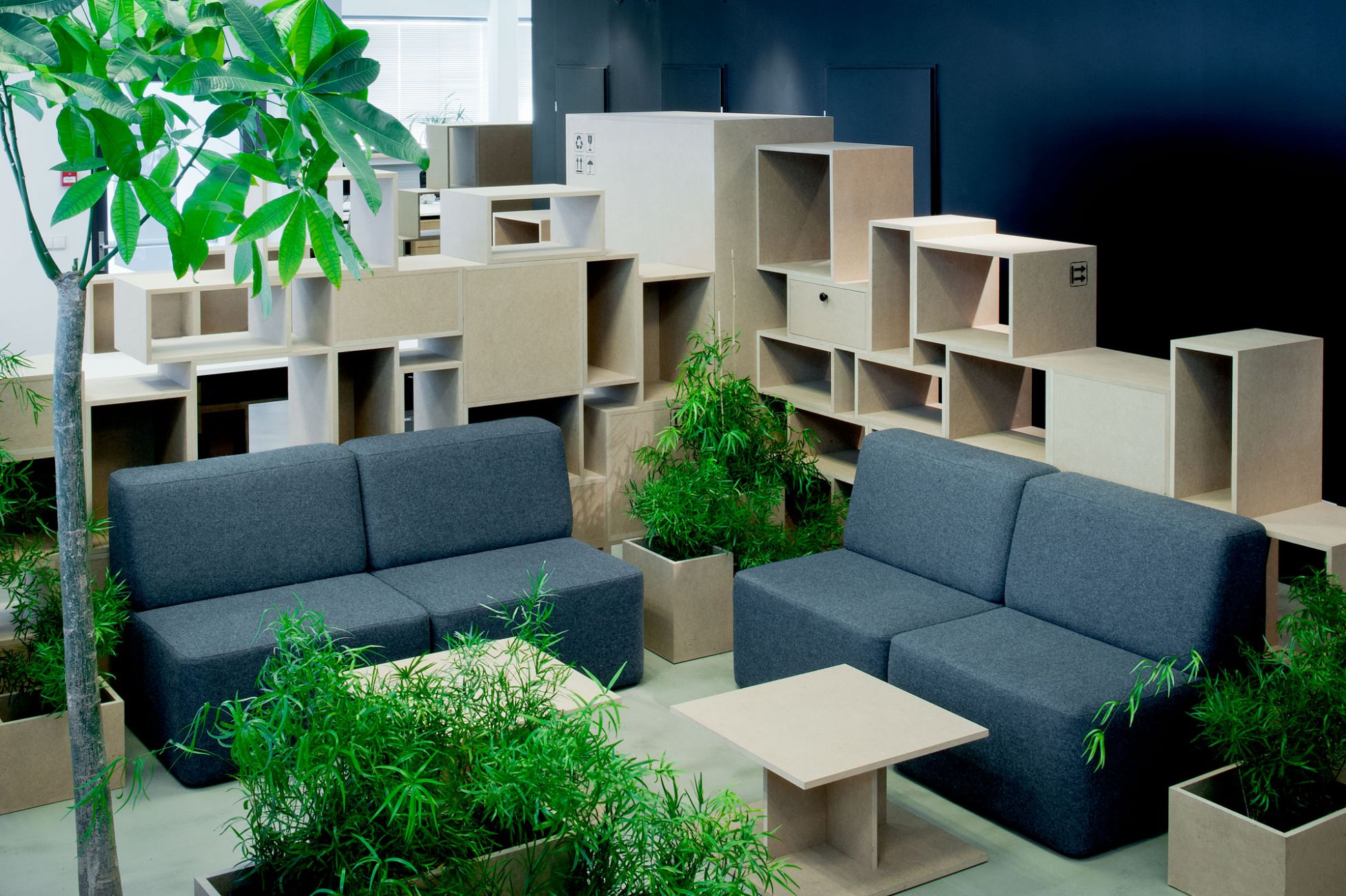 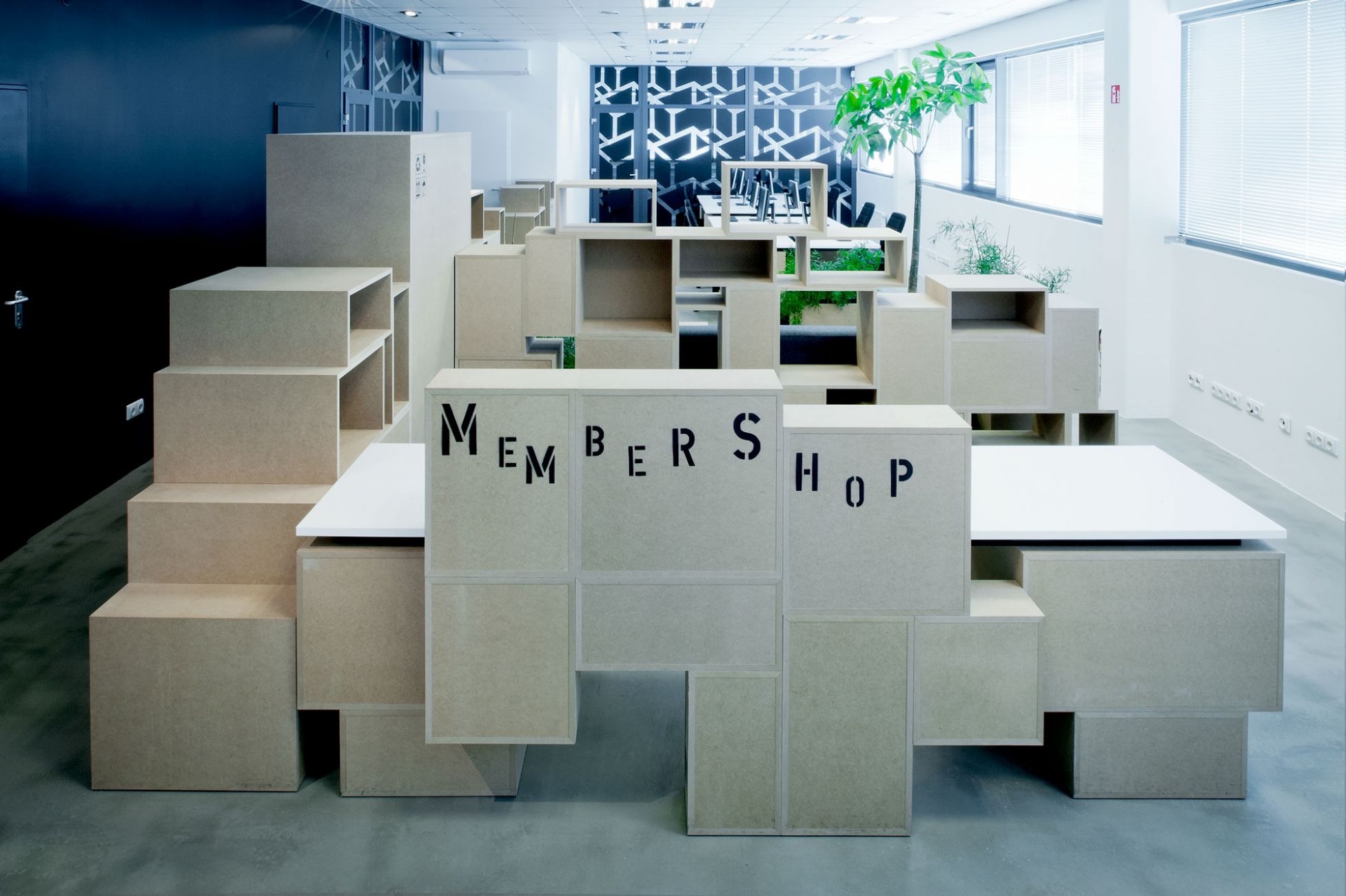 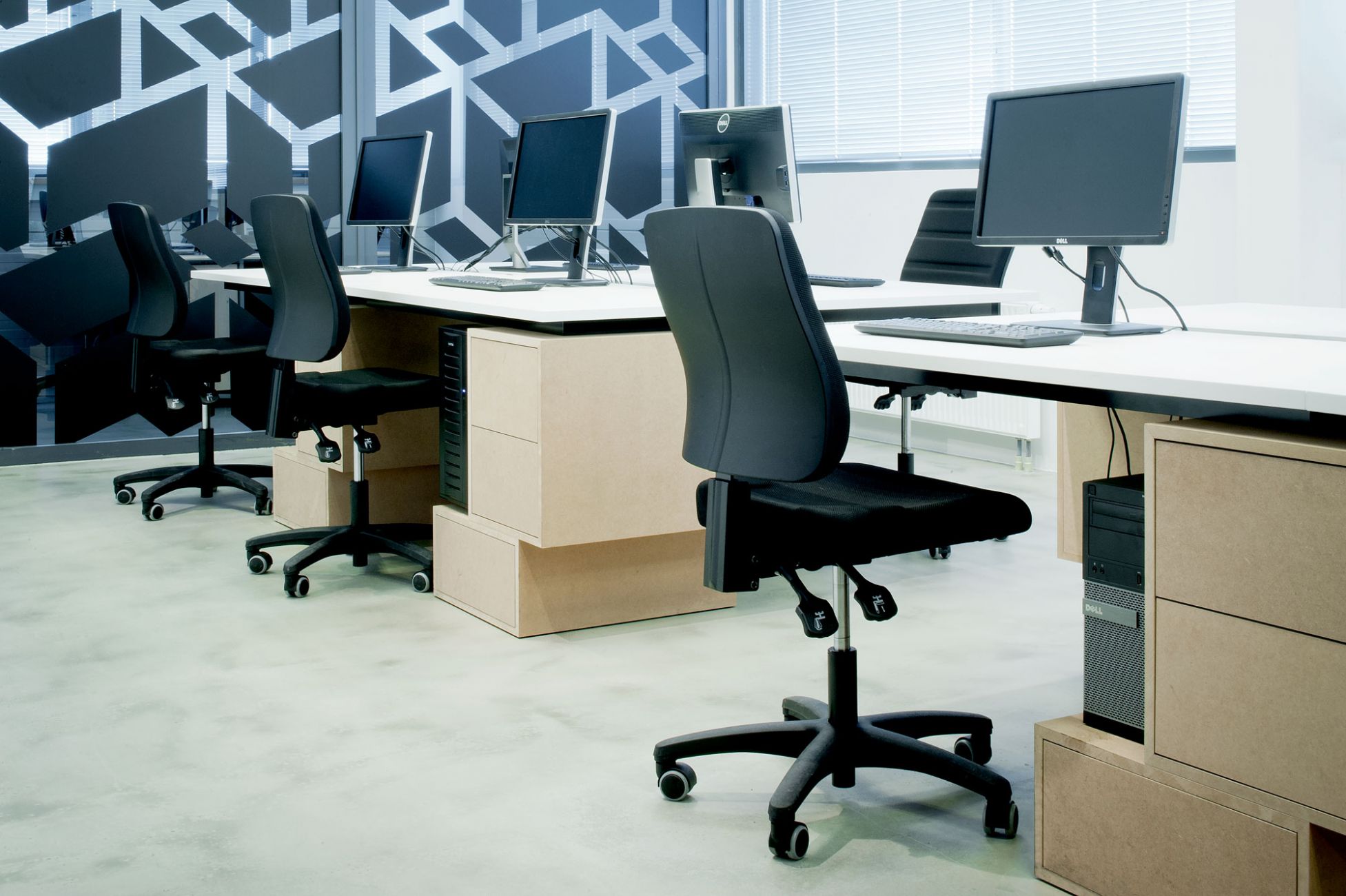 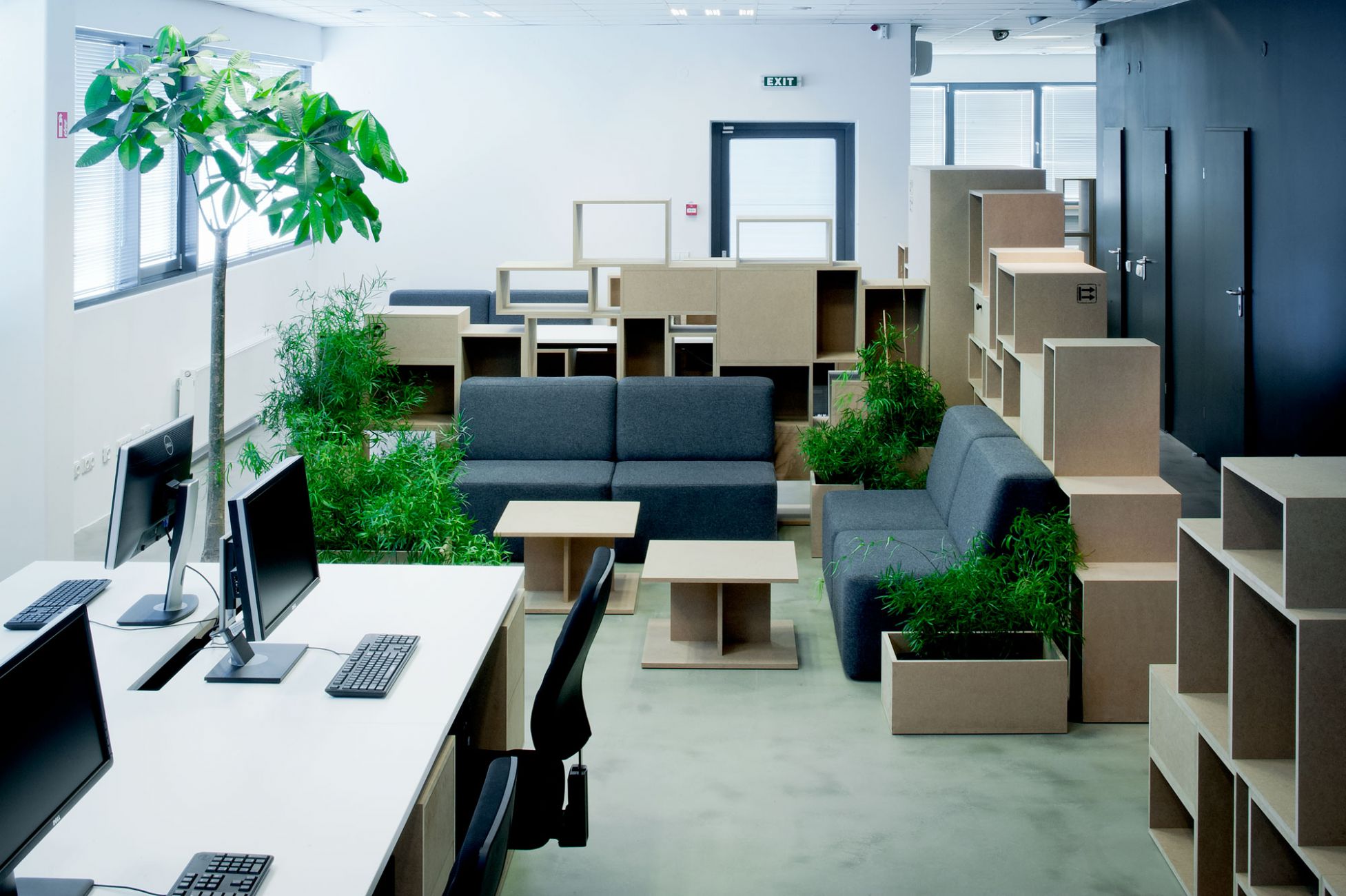 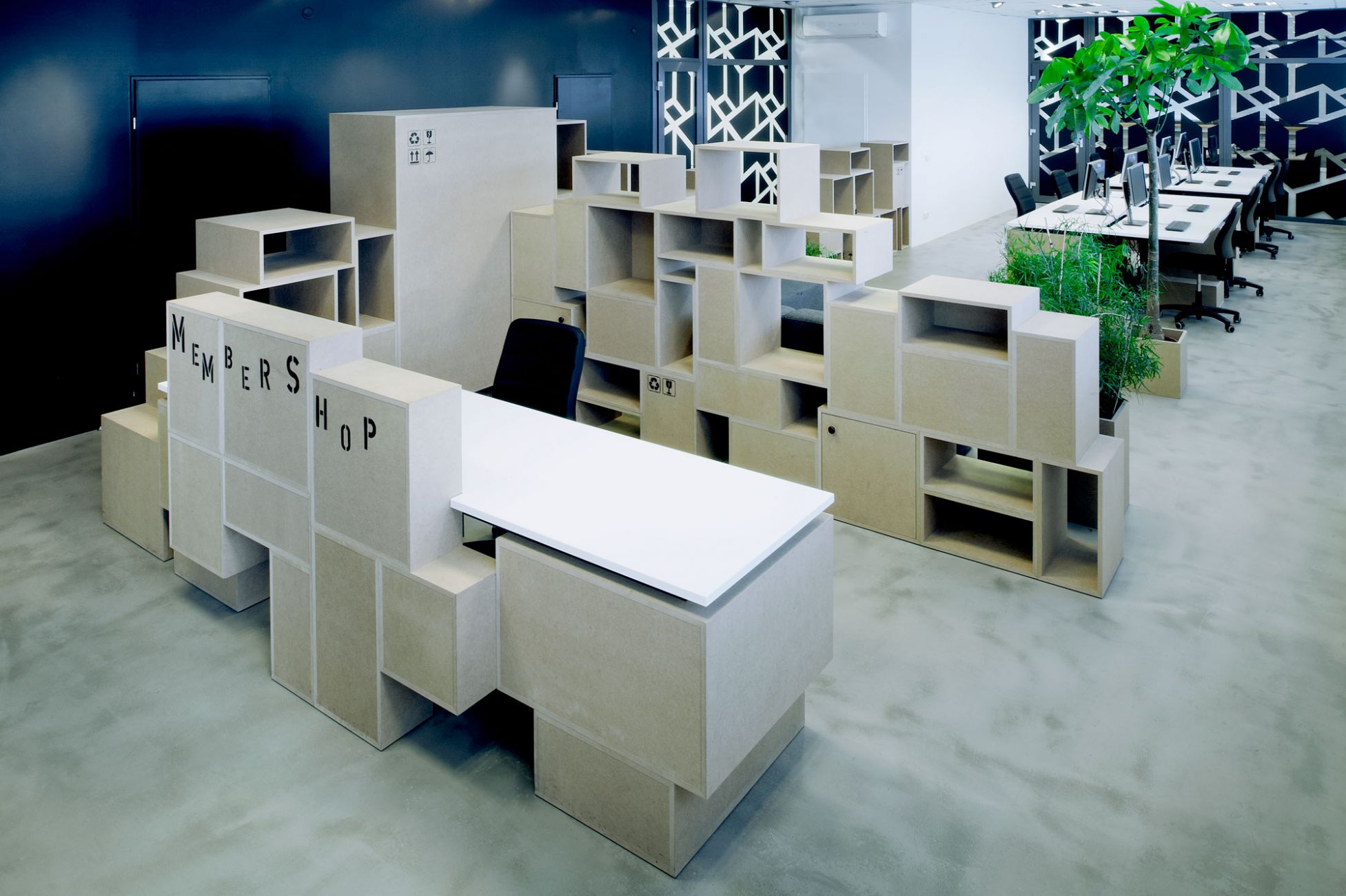 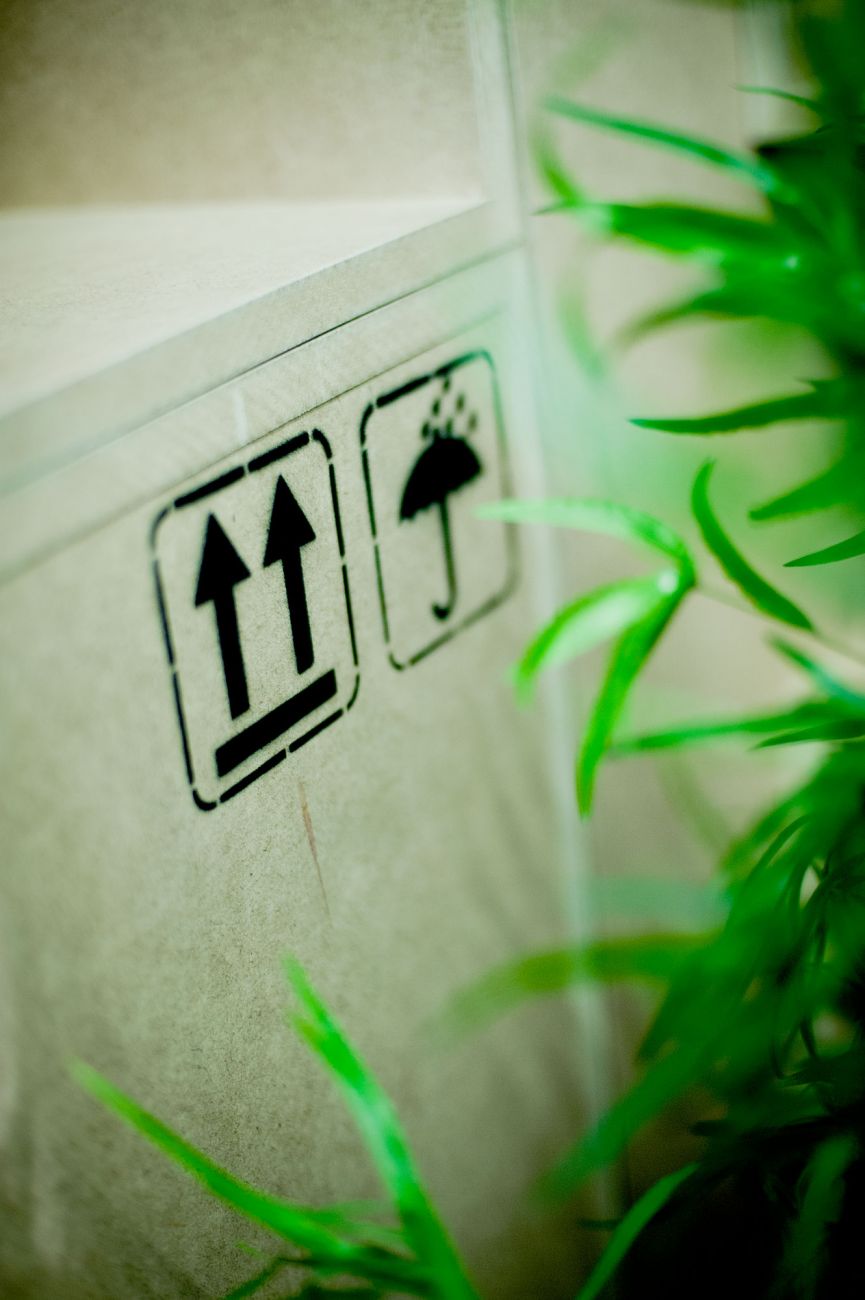 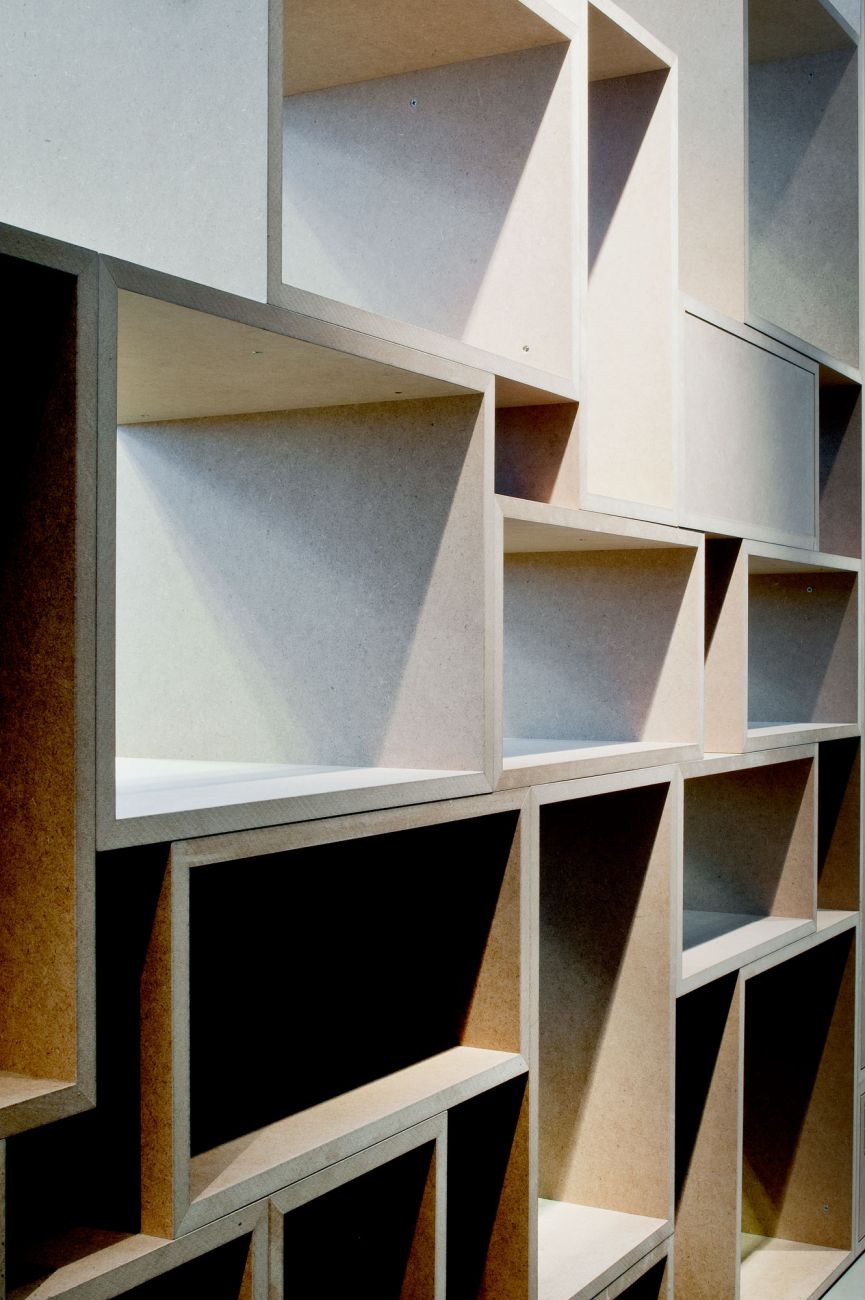 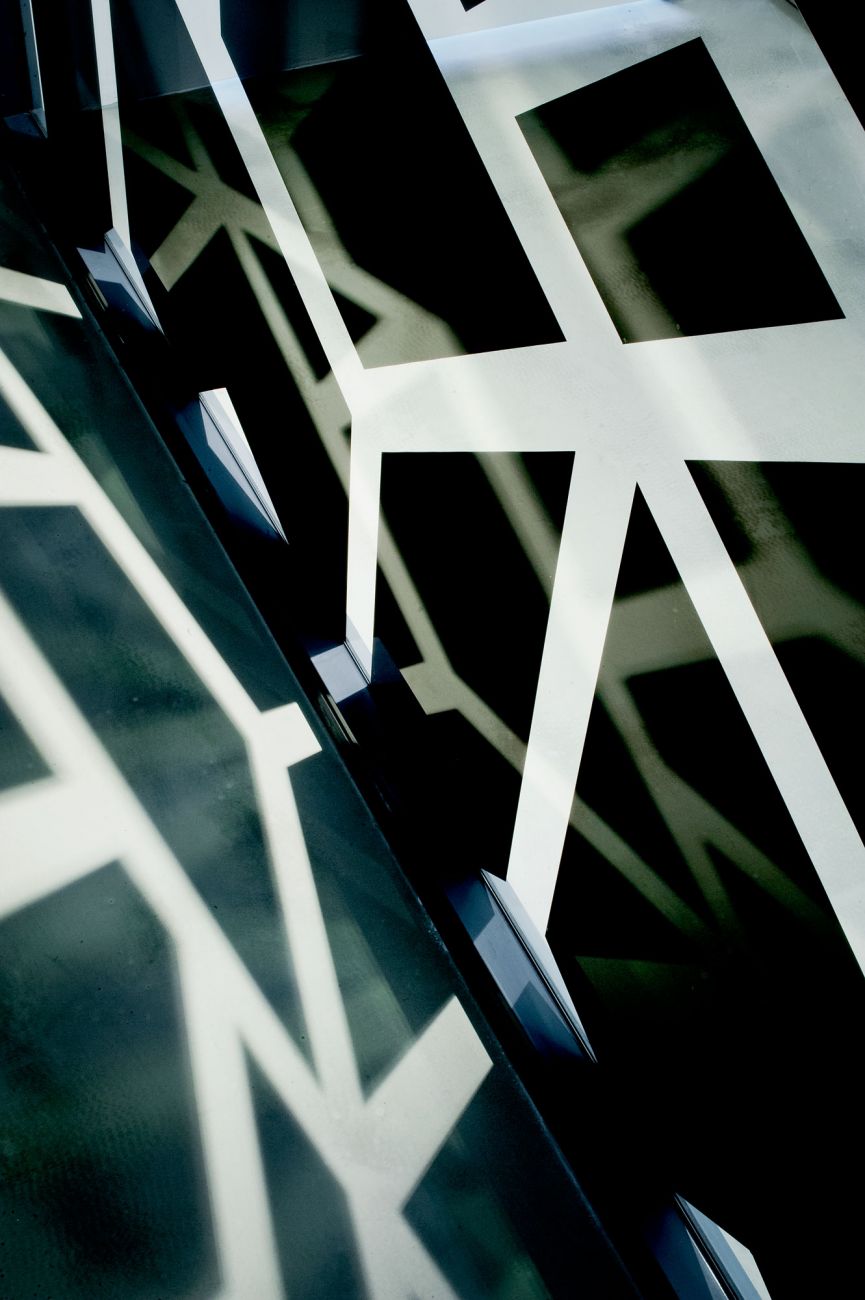